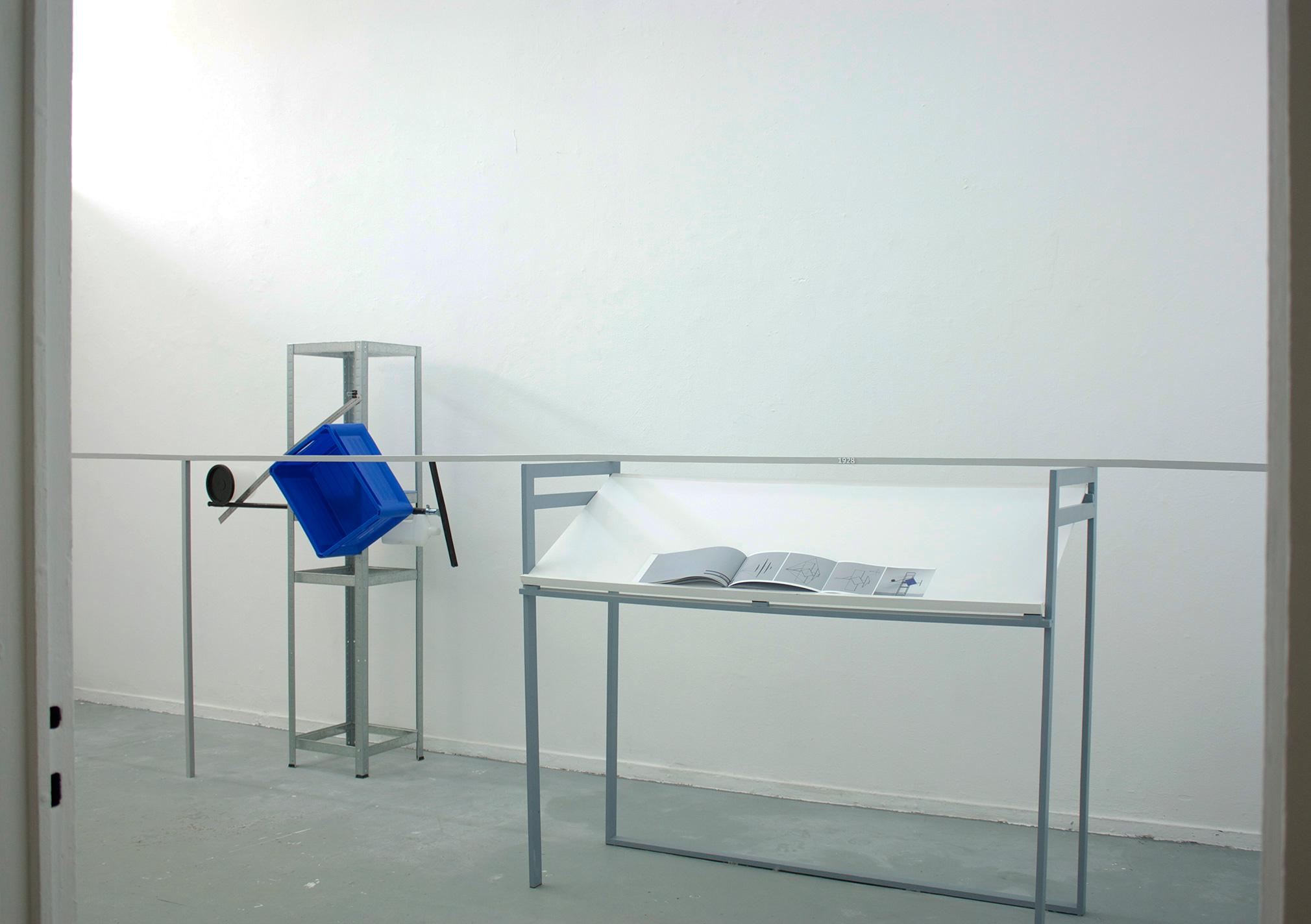 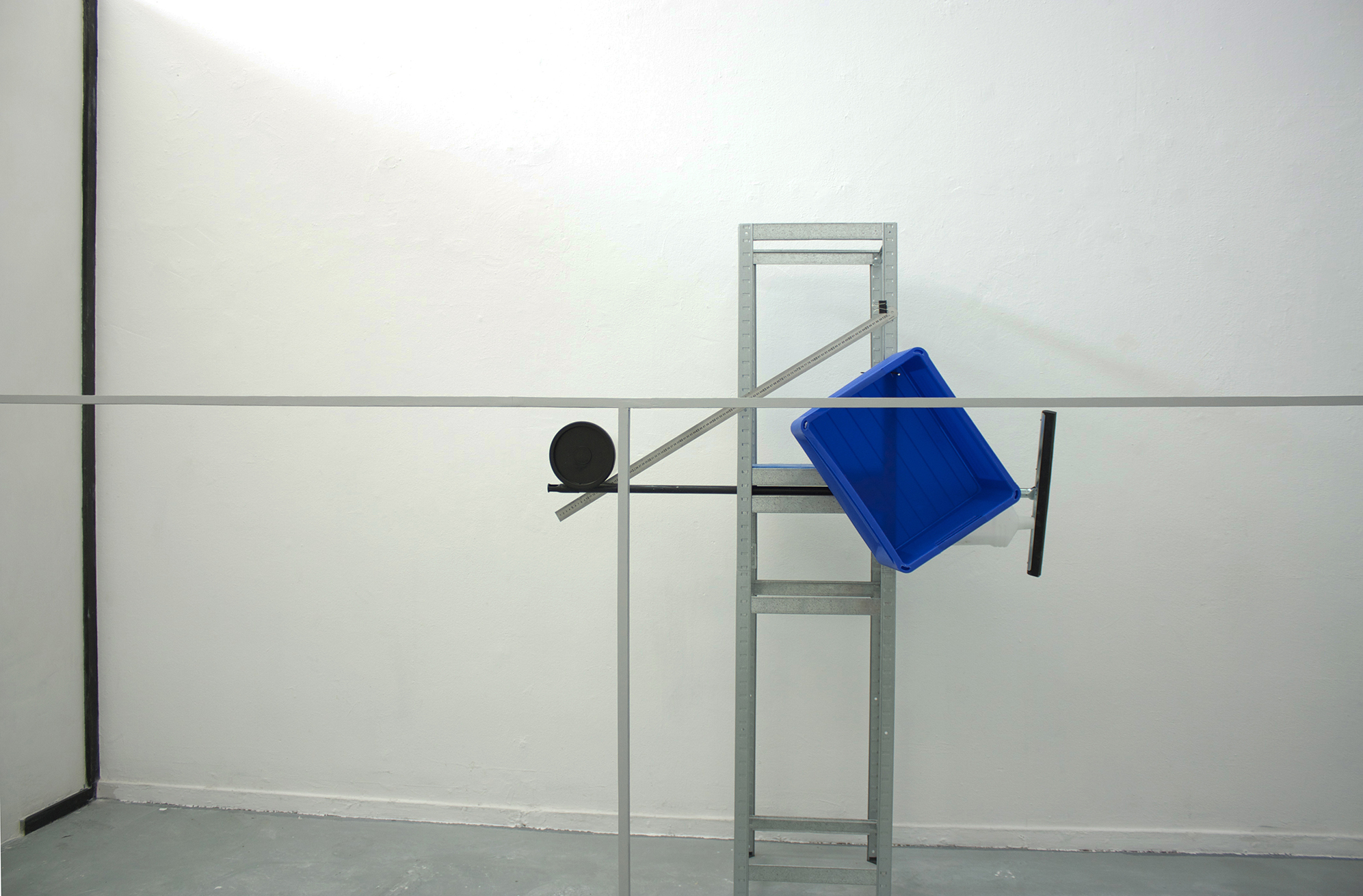 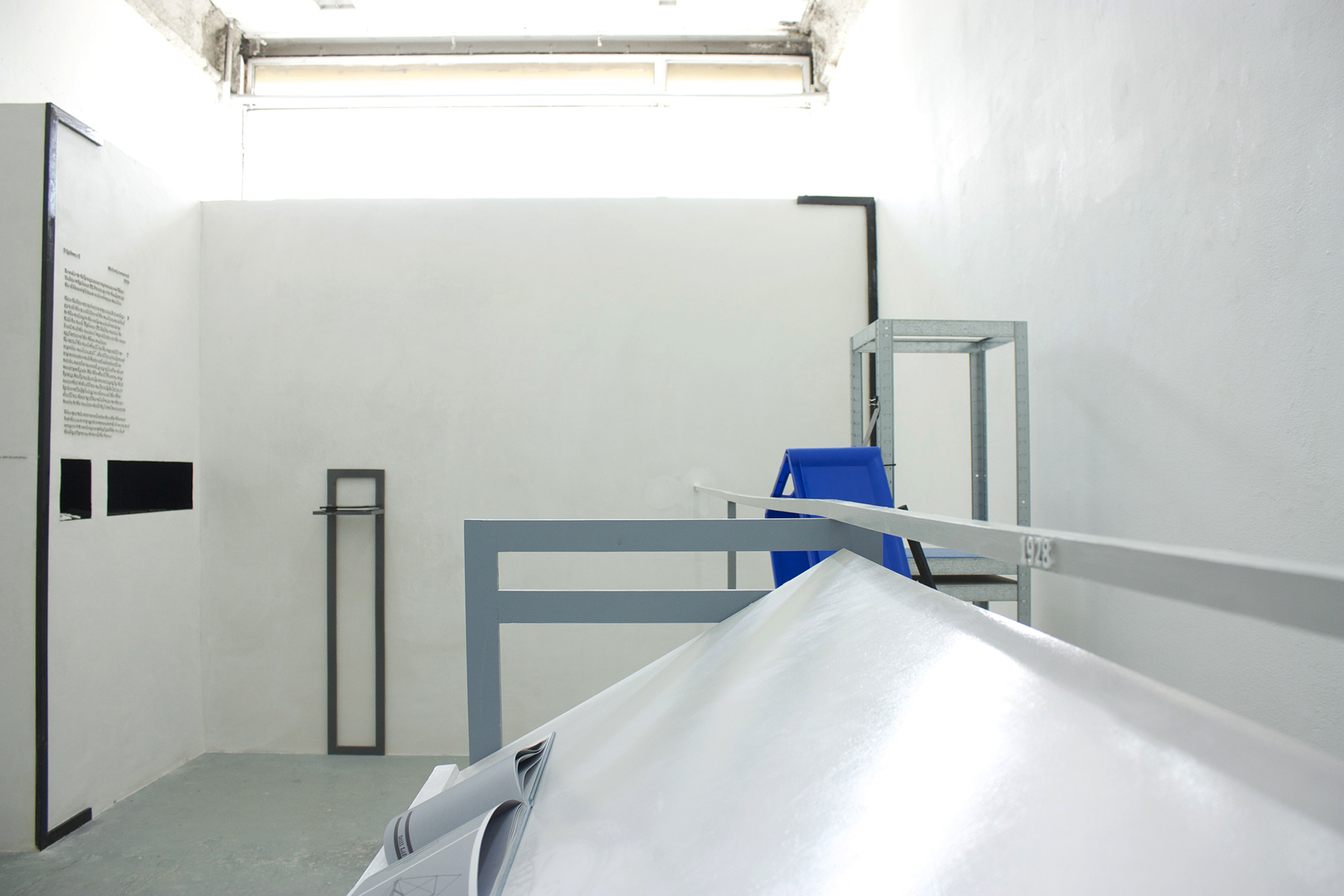 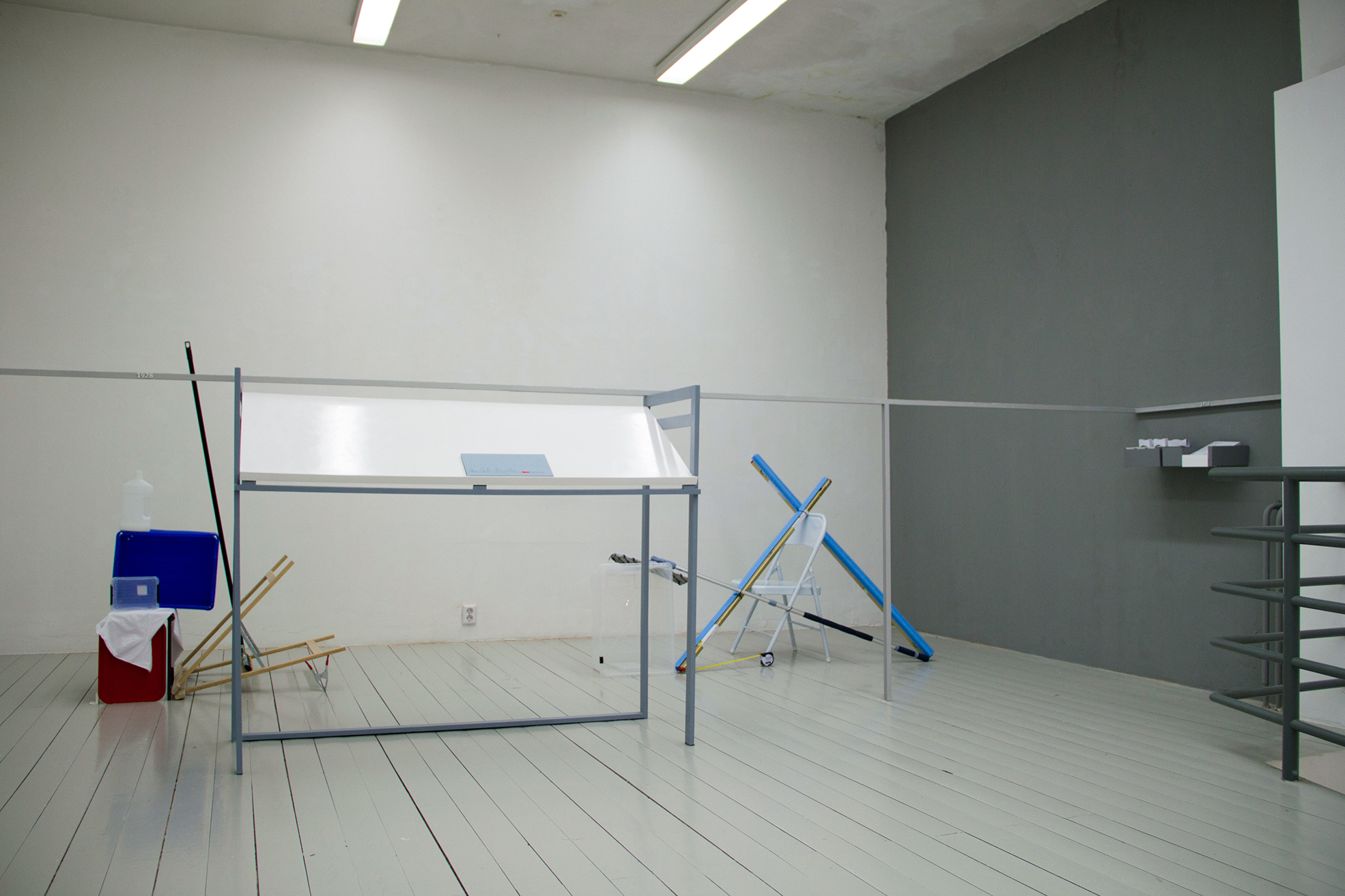 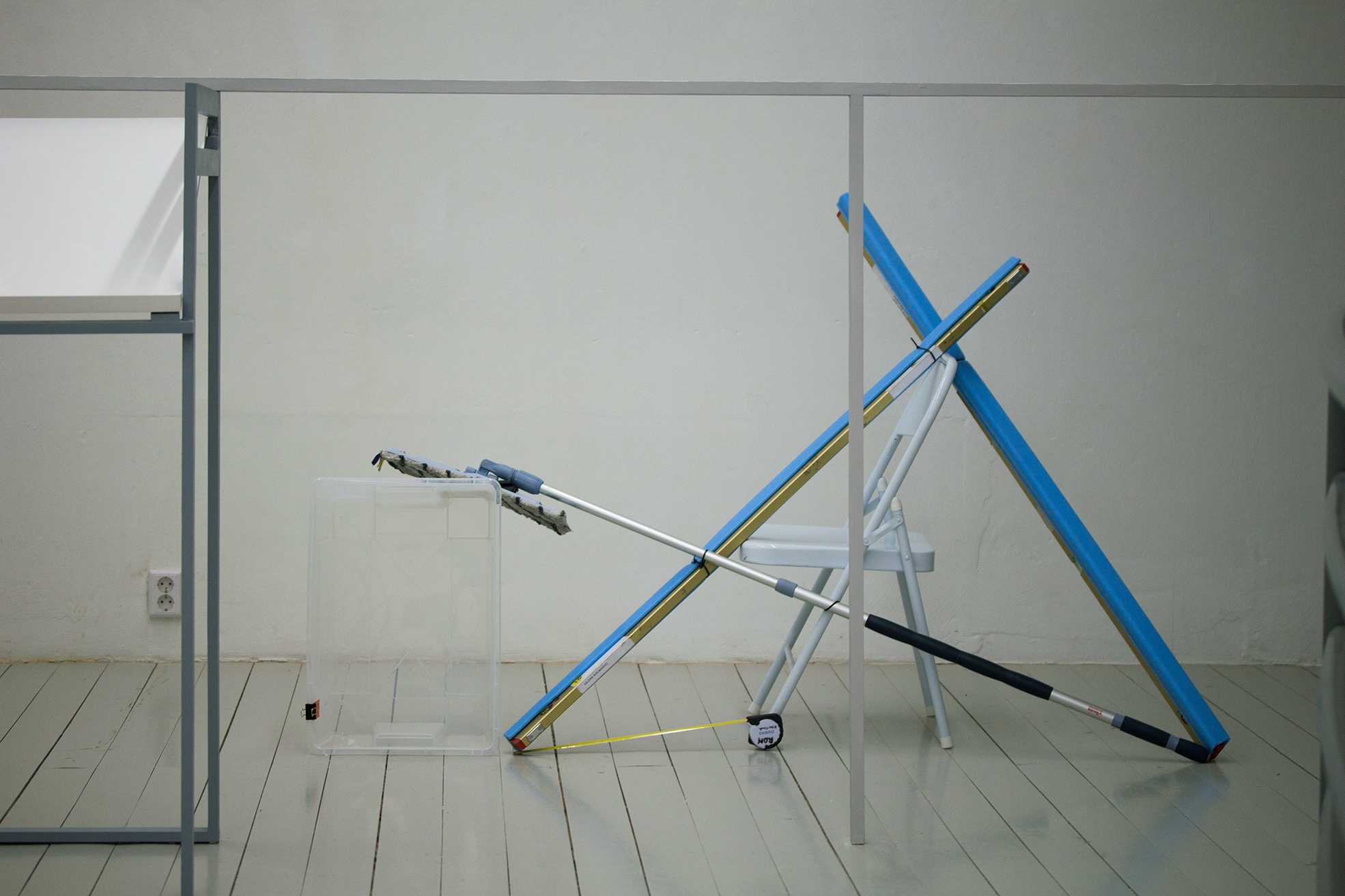 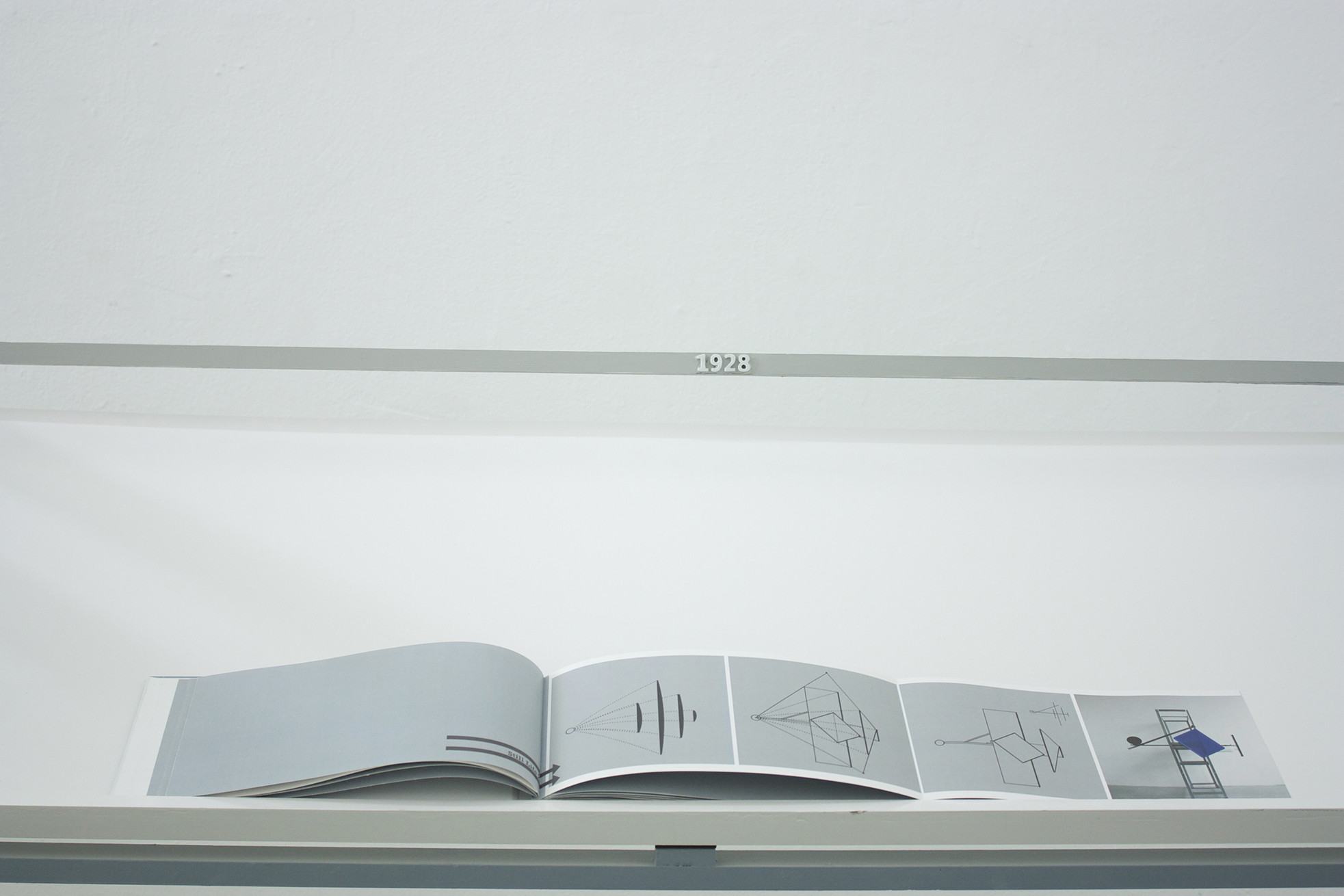 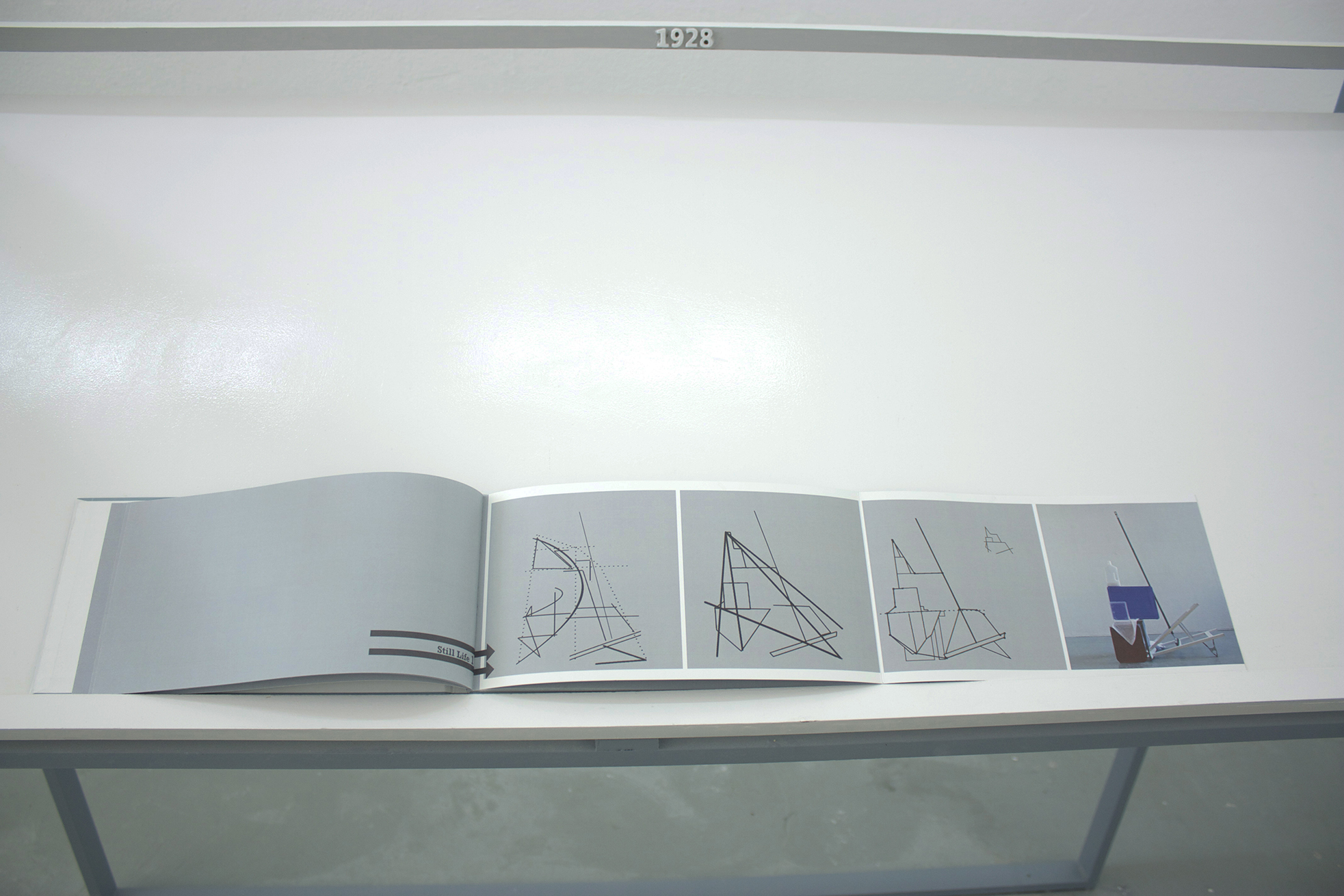 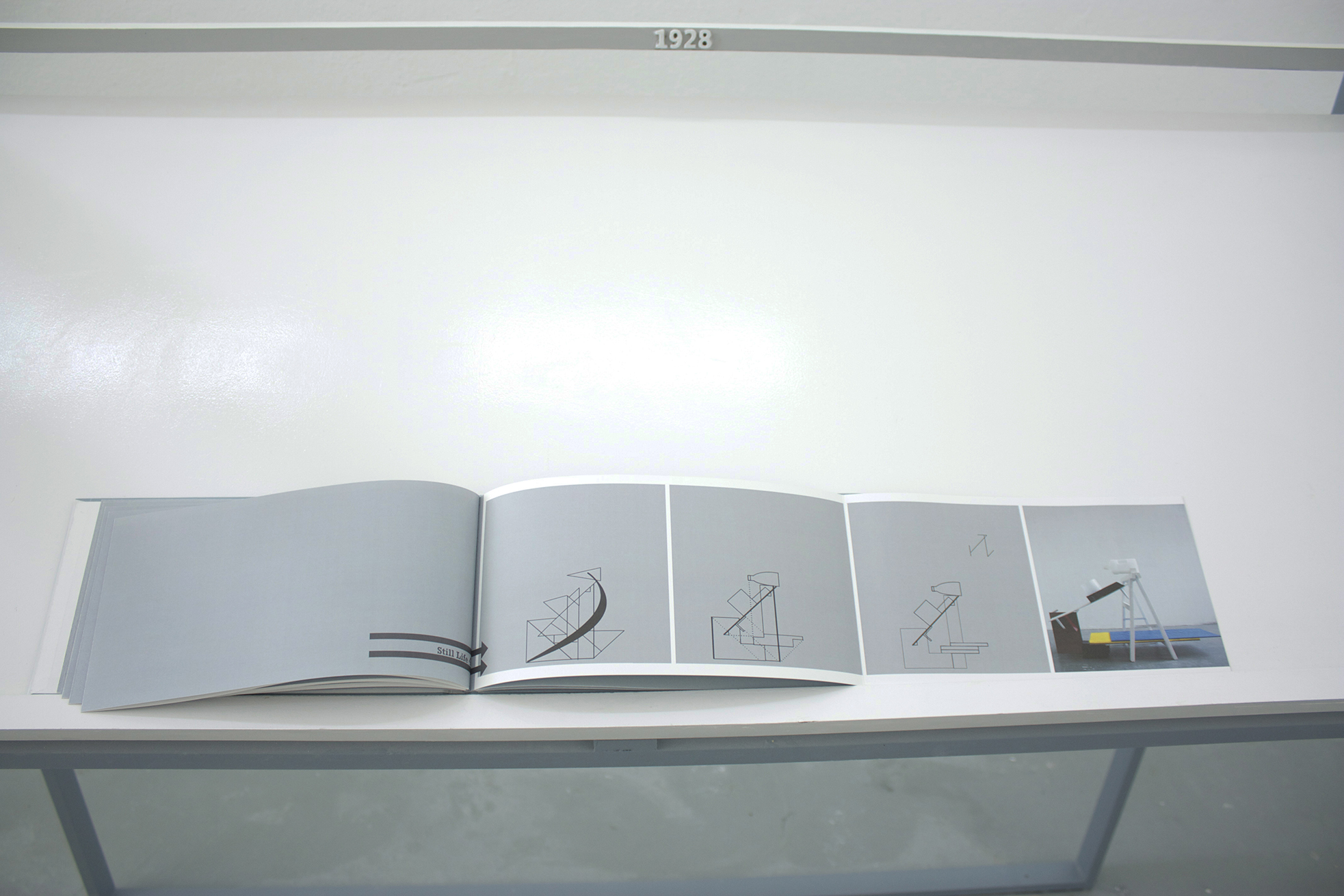 Updating Kandinsky's preliminary course at the Bauhaus by reversing the process, 2014-2015

Updating Kandinsky's preliminary course at the Bauhaus by reversing the process is a publication based on a course he taught at the Bauhaus in 1928. The course follows in strict steps the metamorphosis of the still Life into the demains of abstract art, while also following Kandinsky’s basic ideas about the evolution of abstract painting in the early 20th century. By reversing this course, and moving through his set of rules while starting from a fully abstract drawing, working towards a still-life set up, one looks upon his strangely strict set of rules from the opposing end of the process in the same way as we reflect upon history (working from an historically significant moment towards a cause for this consequence). Another important aspect is the fact that the course was given on the Bauhaus- aimed at primarily (product) designers. The setup of using functional products for a still life, reducing it to a bare minimum and reusing this bare minimum for the design process of functional objects is very progressive once compared to earlier still lifes. This is most notable if you compare it to the Cubists use of the still life as an expression of a bohemian lifestyle along with them using it as a more objective subject, or ofcourse the Dutch still lives overloaded with symbolism (up untill the point where they got into botany, and even then a good deal of symbolism slips in). Naturally everyone who owns the book or knows the rules by heart can make the works him- or herself. For the Best of Graduates show at Ron Mandos I used objects from the gallery’s wardrobe to construct one of the drawings which was not included in the book.

Book excerpt Historically speaking, the evolution of the still life runs parallel to the revolution of abstract painting. In the past 3000 years it has evolved from the Egyptian’s wish to send sacrifices to their ancestors, through the Dutch appreciation of botany and painterly techniques towards Cezanne’s exclamation “I wish to astonish Paris with an apple.” In the transition from religious purpose and narrative to a display of technical skill and compositional brilliance lies the root of abstract painting. It is in this sense that Kandinsky thought of the still life as an artistic medium which played an important role in the evolution of abstract painting. He saw a progression starting from imagery of the human figure, to landscape, to the still life, which ultimately led to increasing ‘silence’. “The painter,” he declared, “needed discreet, silent, almost insignificant objects.” Kandinsky’s ideas on the still life are vividly captured in the classes he taught at the Bauhaus. Most importantly, as part of the program of basic instruction, he led a course on analytical drawing. This course was an investigation of the structural relationships between objects. This was achieved by following a series of stages that involved progressively the simplification, analysis, and transformation of a motif. The skills and principles involved in this process could later be utilized in practical design as well as in the free arts. It is clear that this progression, from the physical still life, to the completely abstract, free, drawing, displays a transformation strikingly similar to the general evolution of abstract painting.