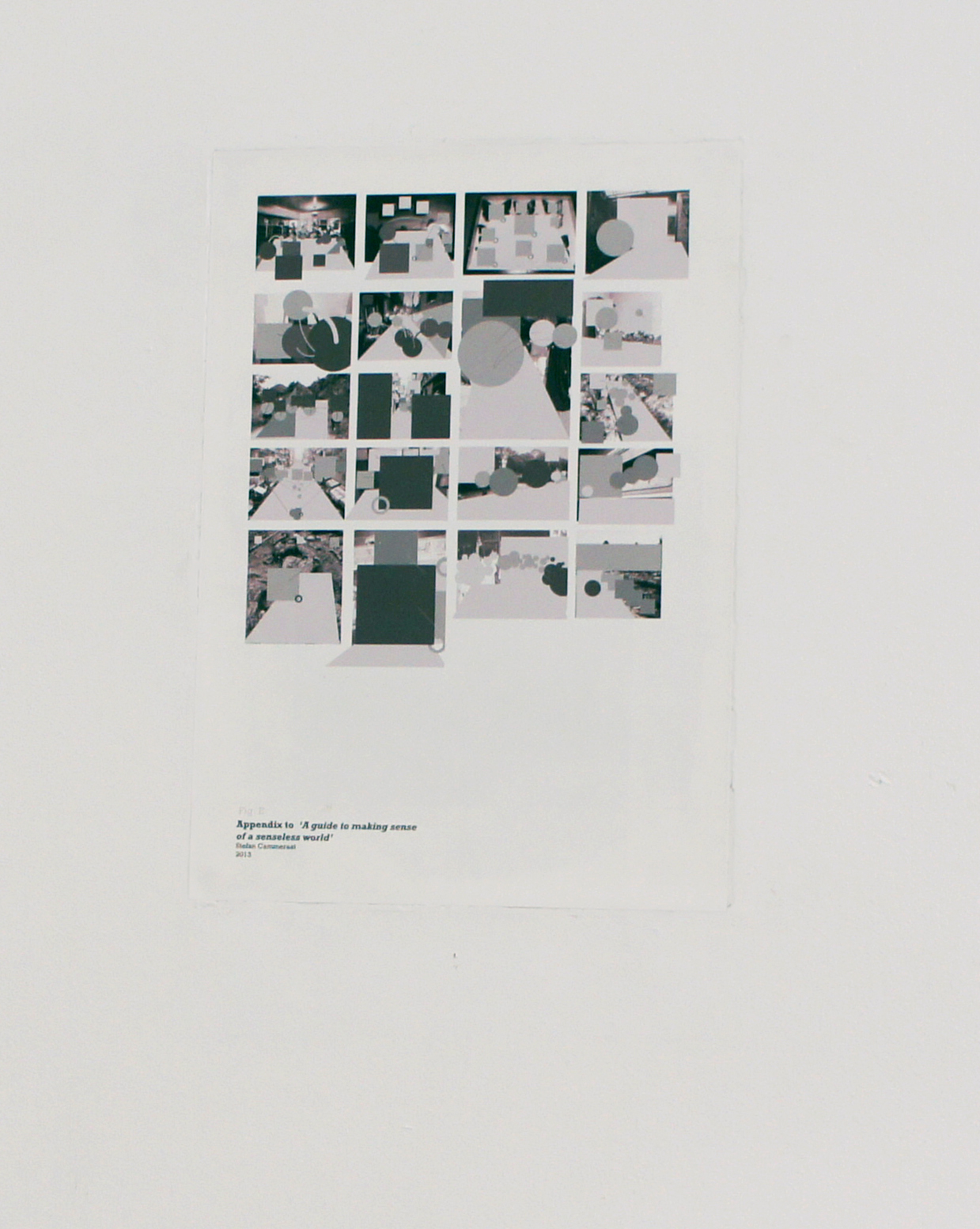 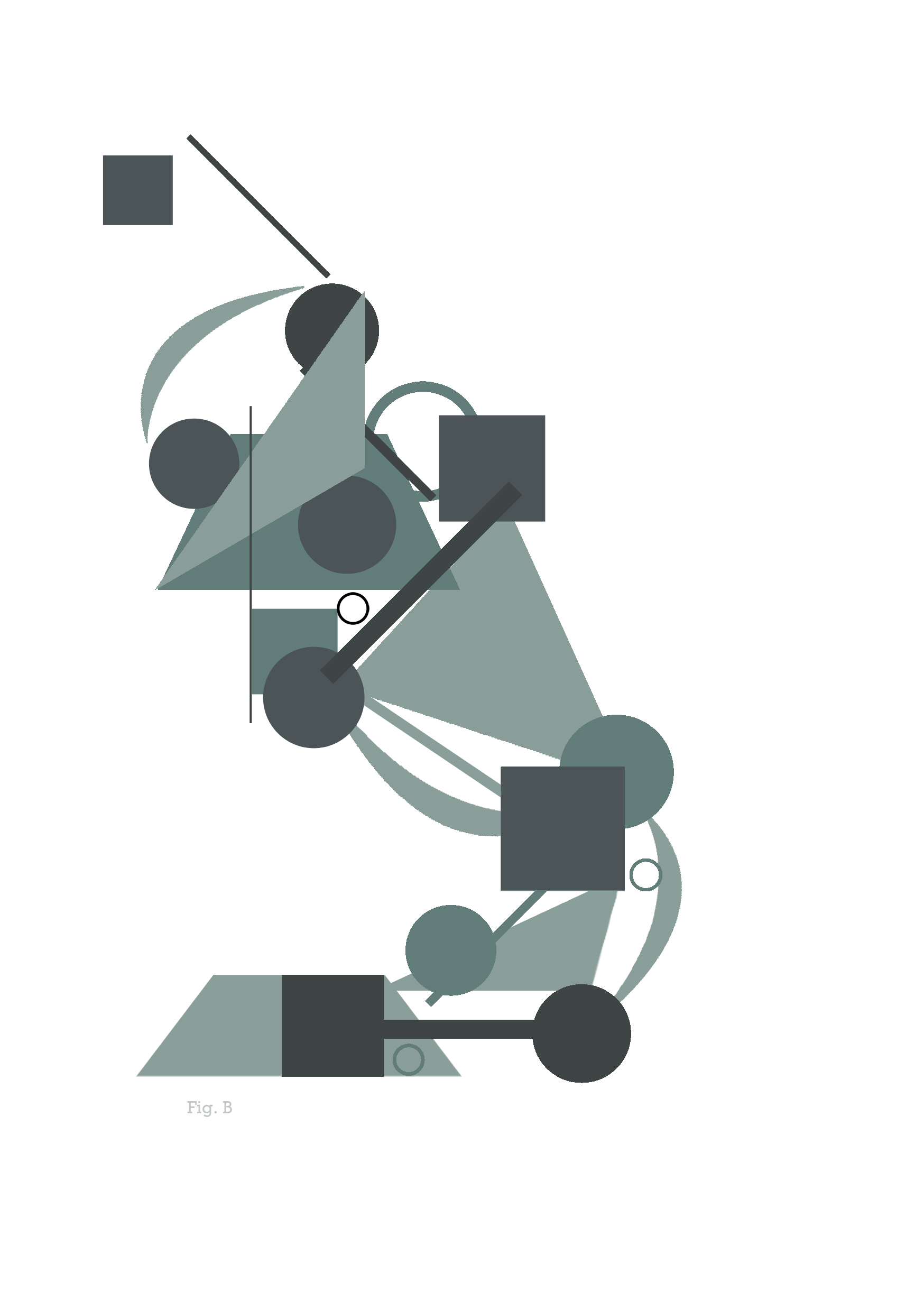 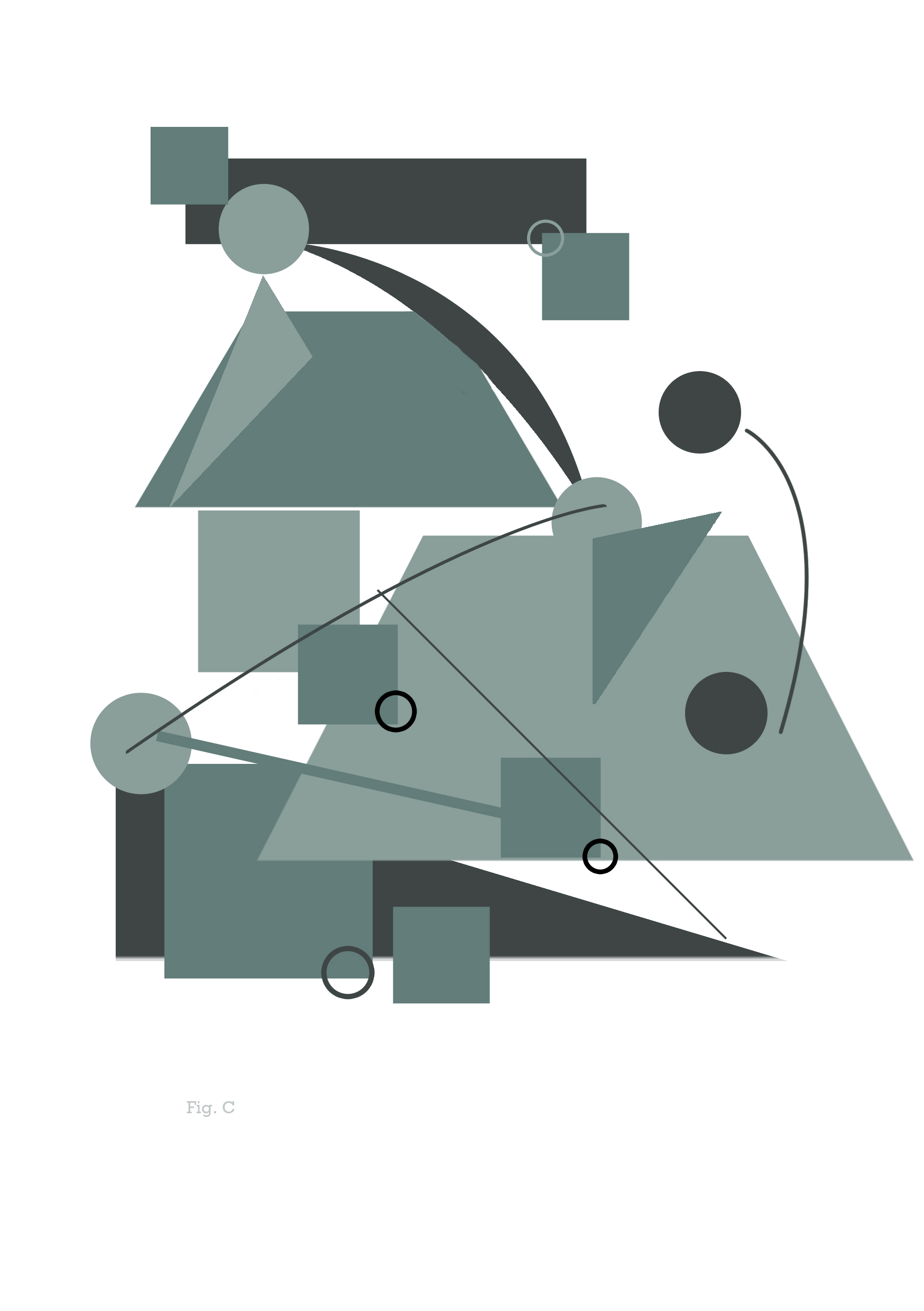 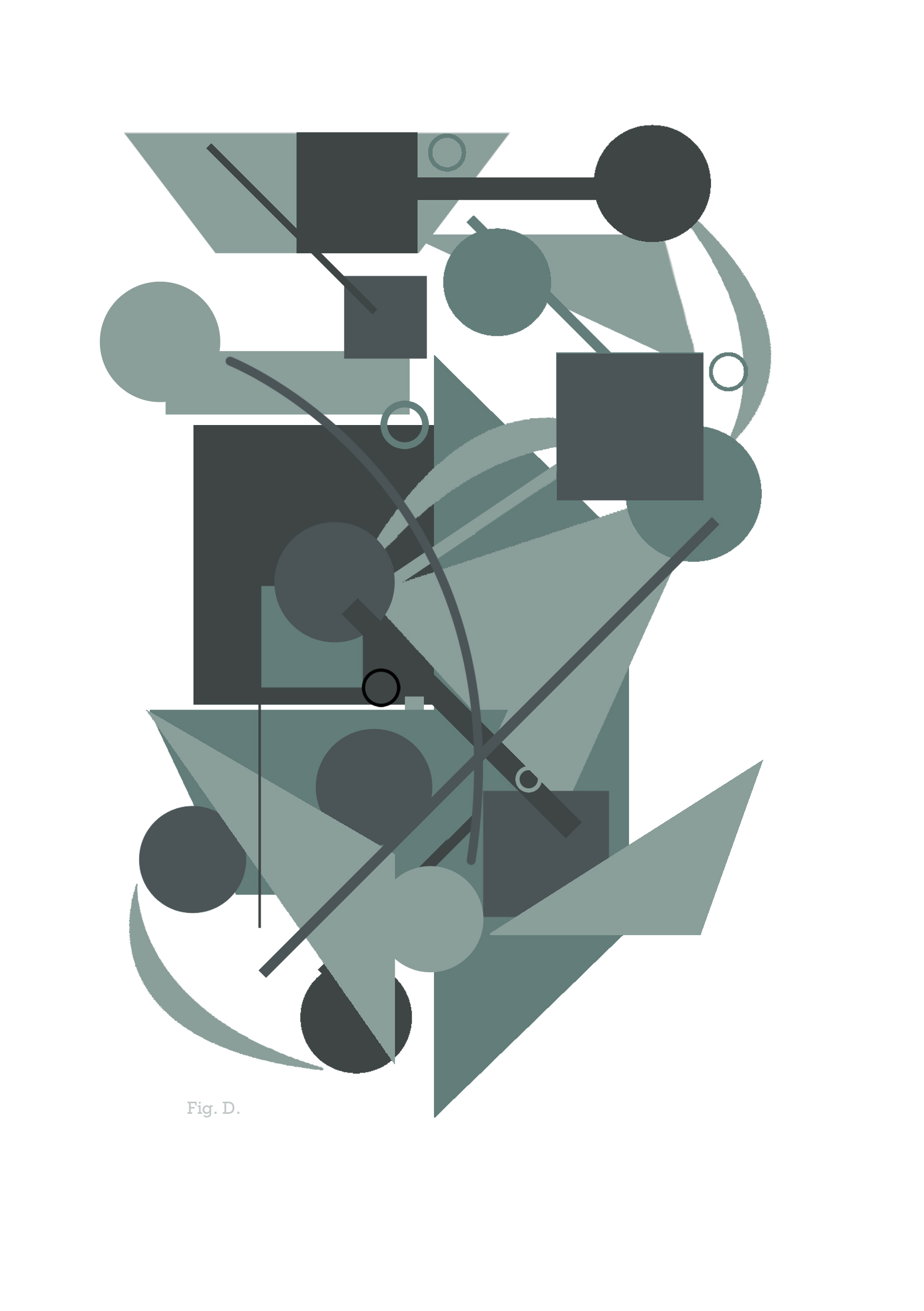 A guide to making sense of a senseless world, 2013

A guide to making sense of a senseless world is a small publication for though, rainy days. Originating from a simple mind-game, in which I imagined explaining aliens the basic concepts of human living, it breaks up daily situations into suprematist compositions by employing a very simple system of abstraction. Reflecting upon daily life as a series of discernible, rational and repetitive processes, and translating it into a language which greatly generalizes anything that happens, it plays with Malevich’s exclamation that painting should above all aim to create new realities rather than seeking to picture existing situations. Rather than creating new realities, this abstract language seeks to explain those existing realities to an alien intruder from a different reality.Expanding upon this strange, increasingly abstract, two dimensional representation of (a very dull) life, the publication was shown with an appendix, externalized from the publication and embedded in the wall opposing it, aiming to incorporate this work into the real world, in an attempt to explain any alien life-form the concept of 2 dimensionality.