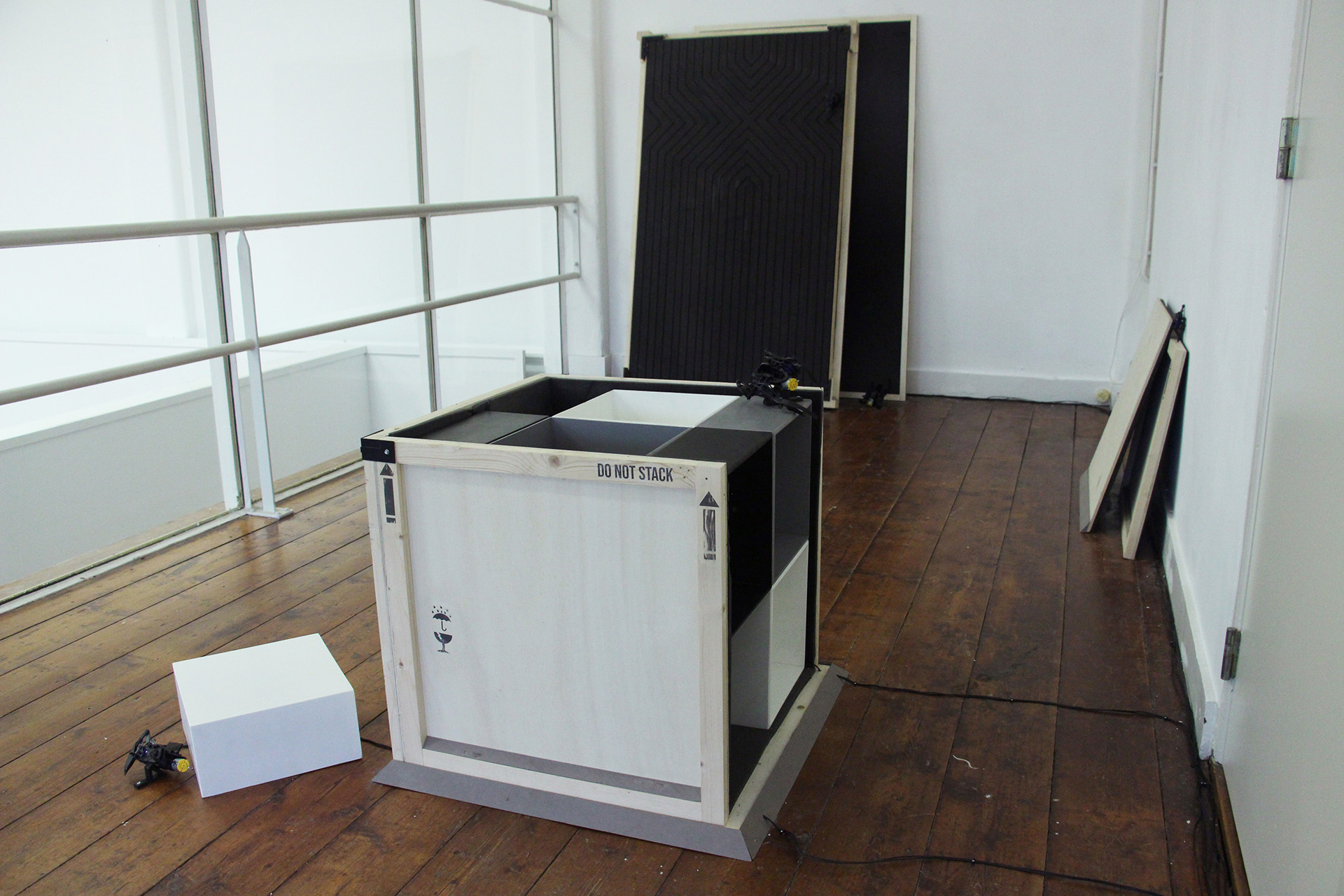 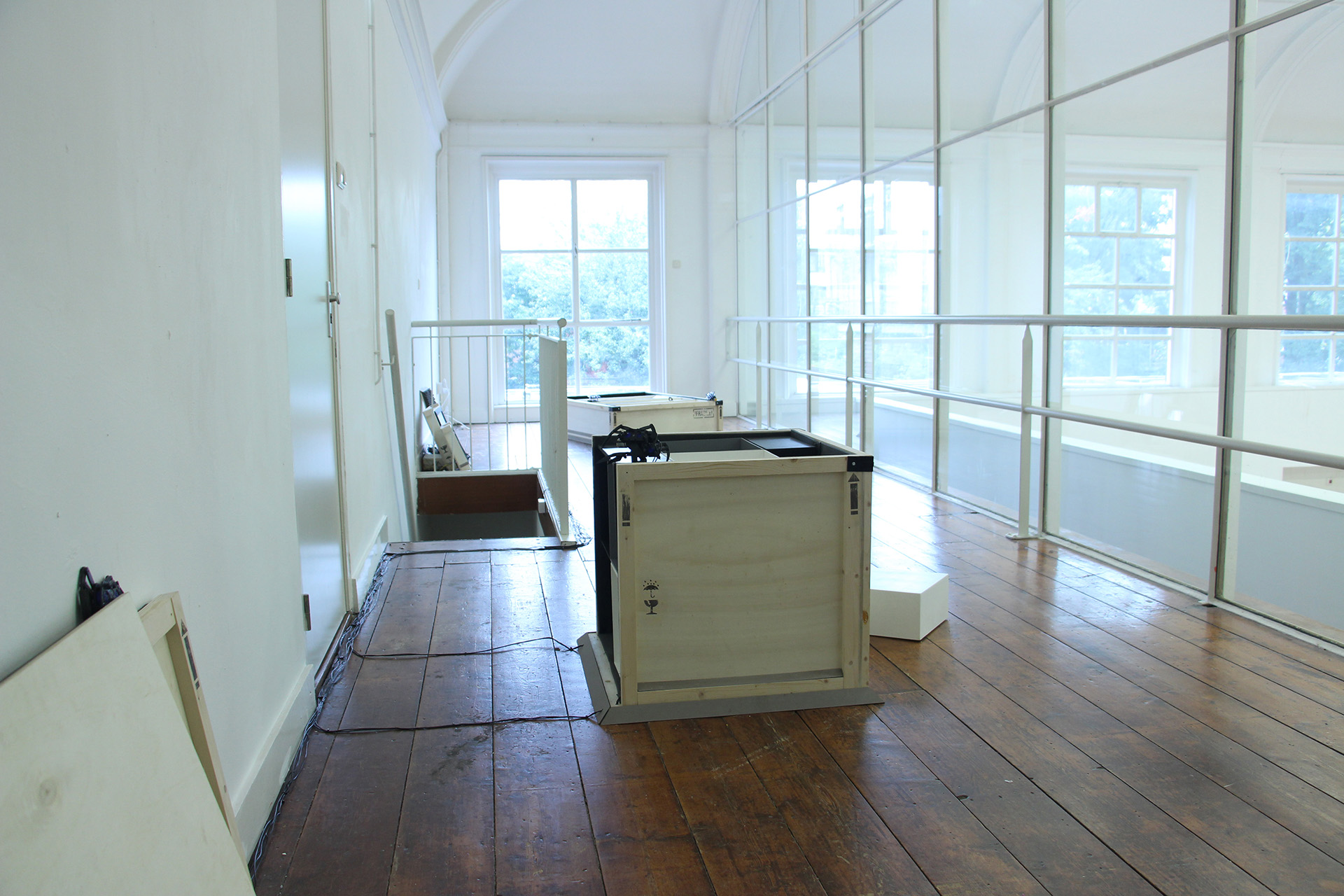 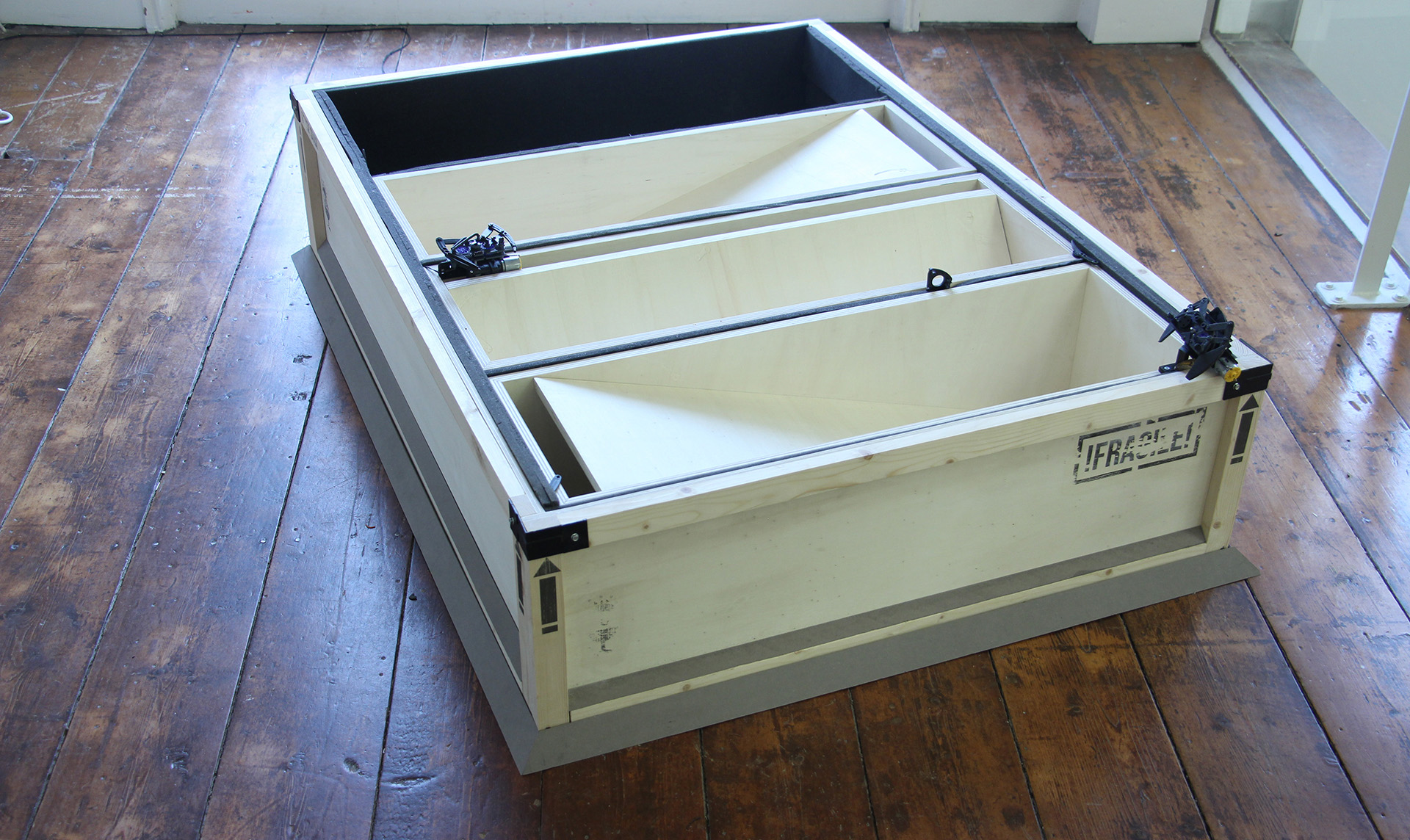 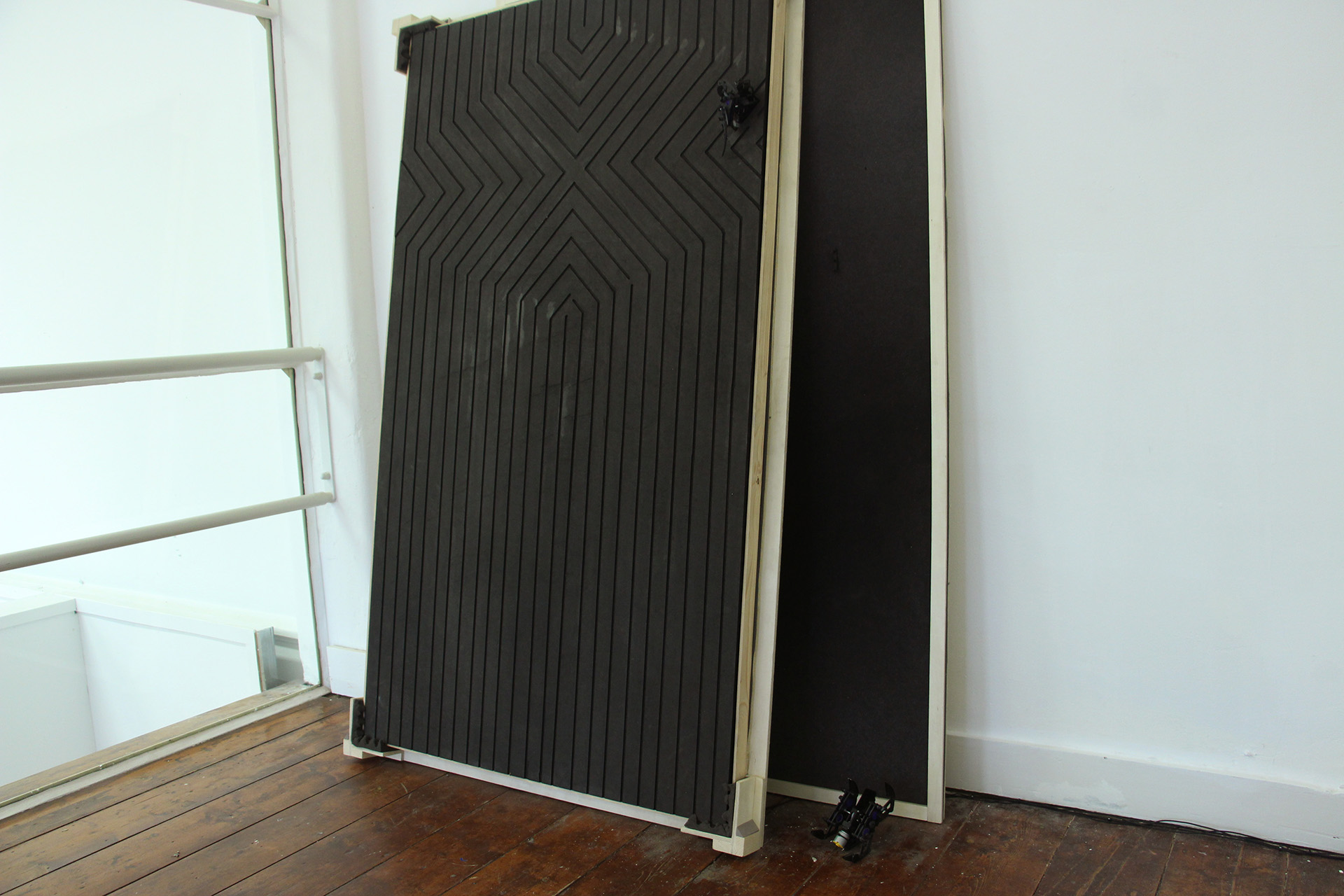 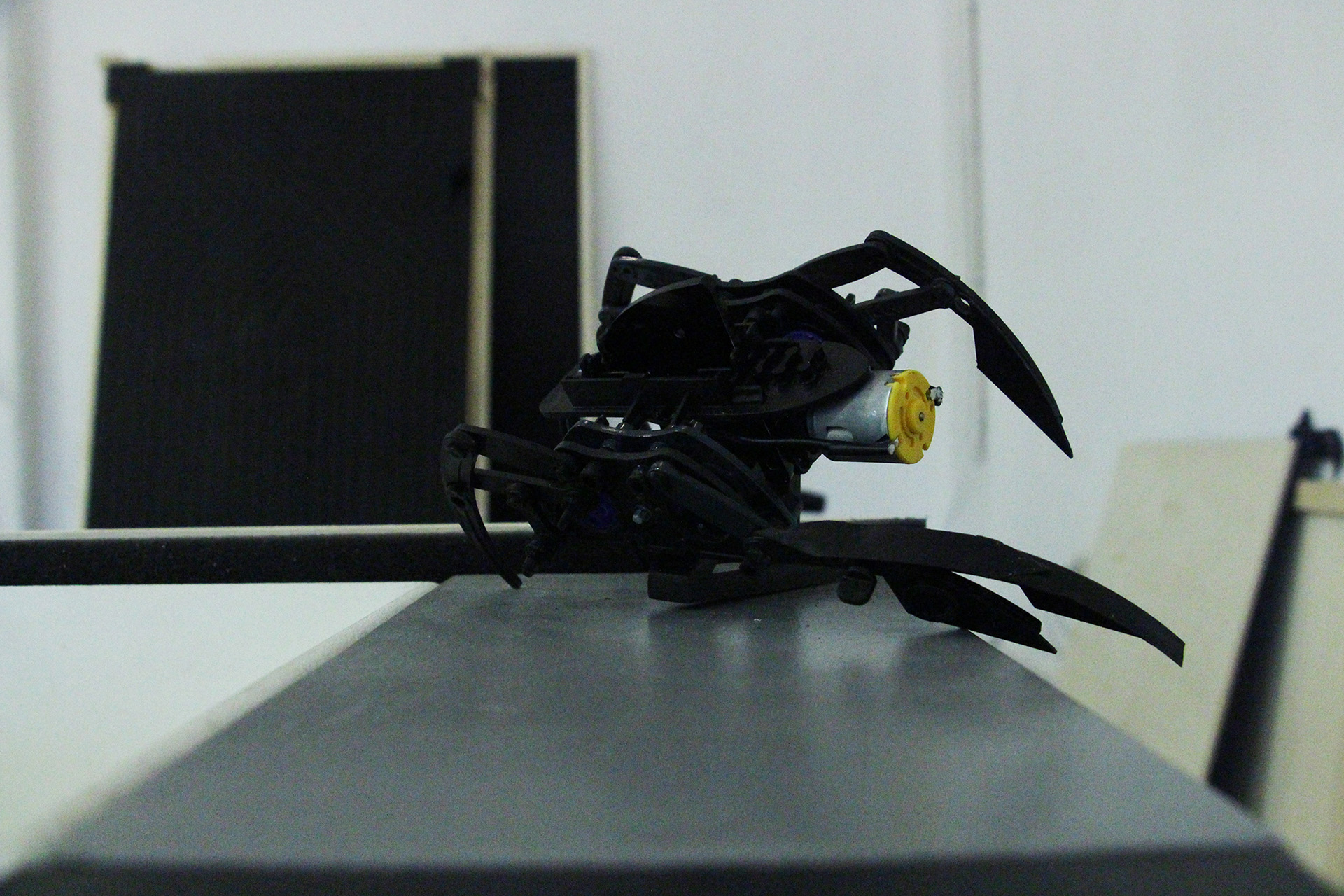 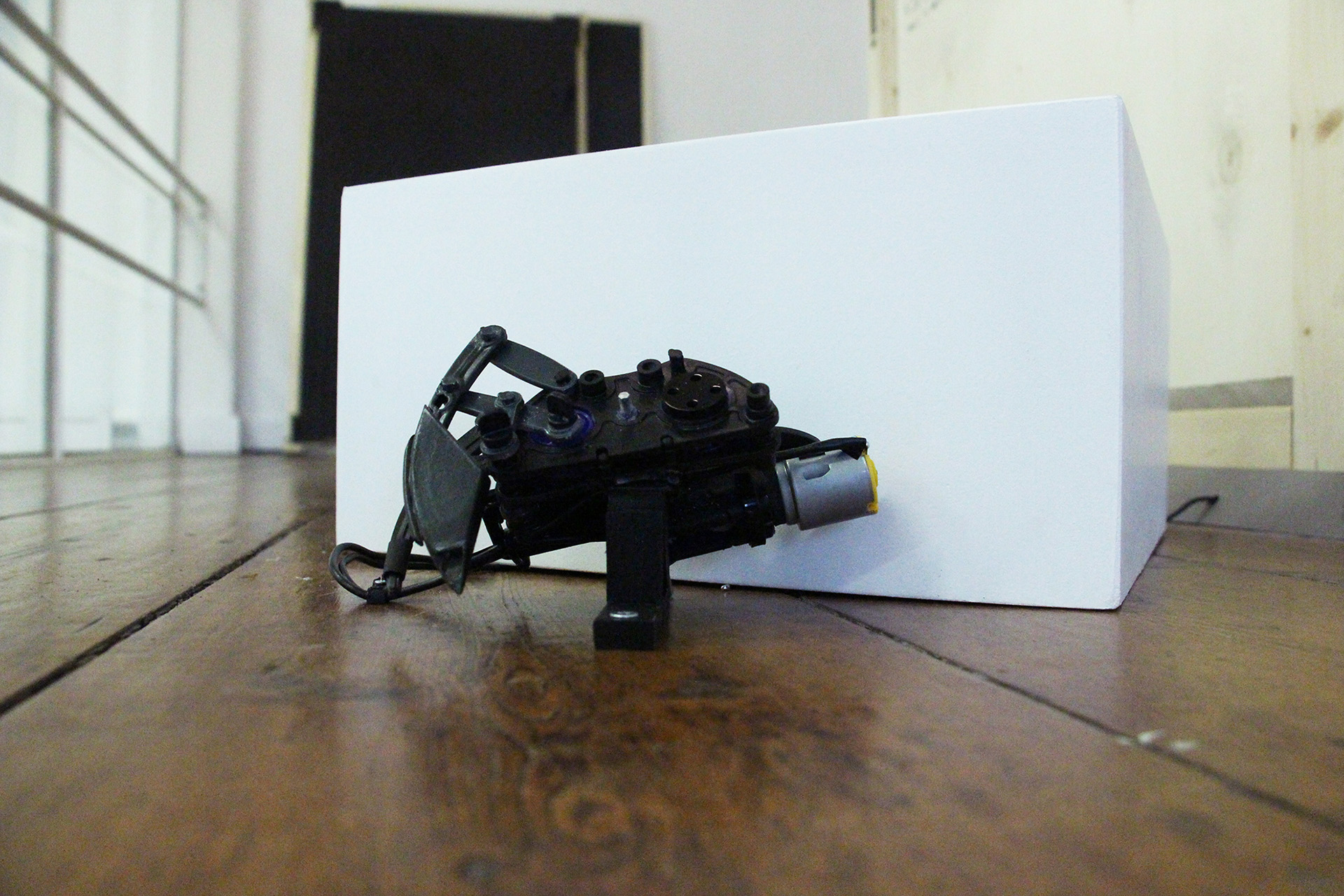 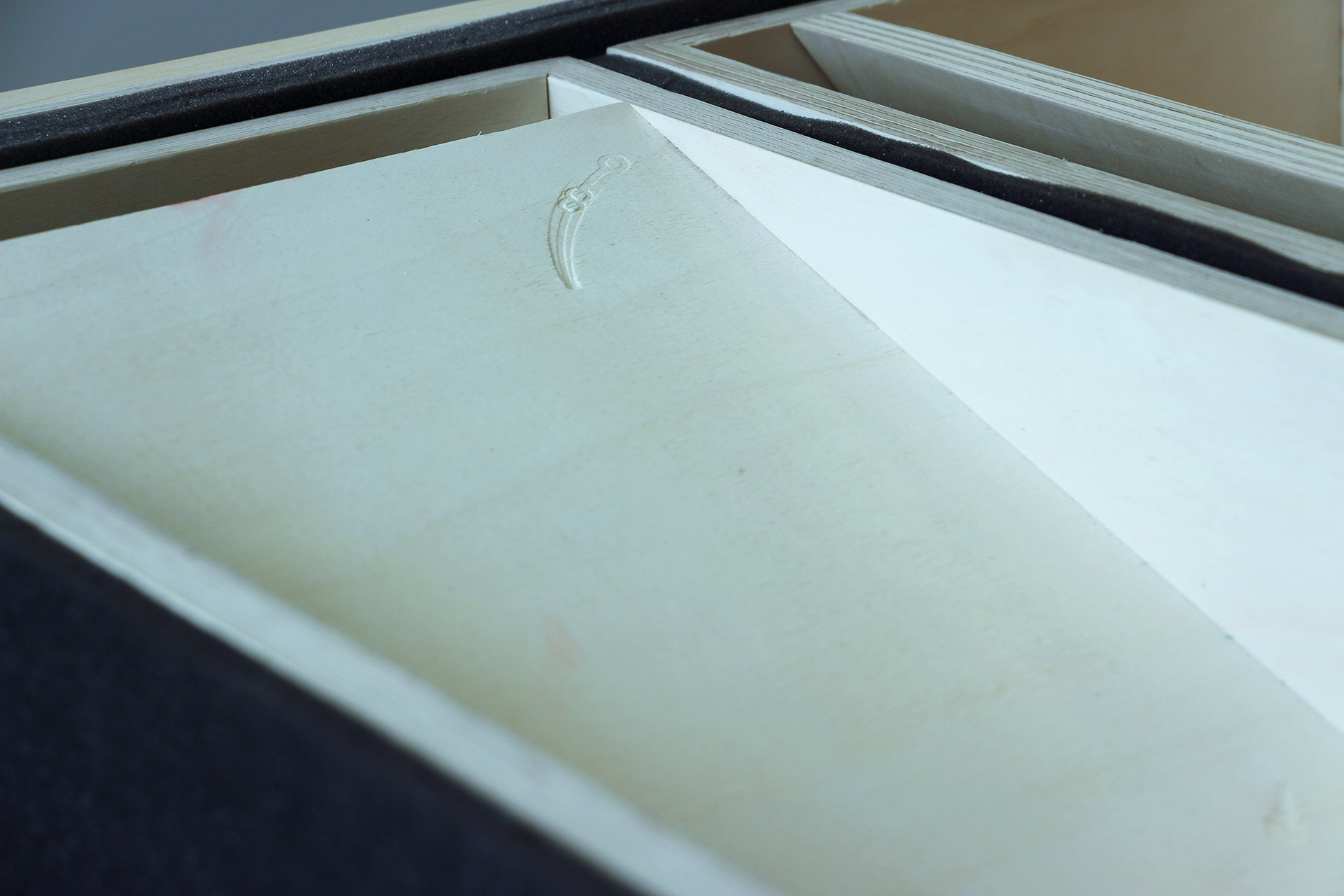 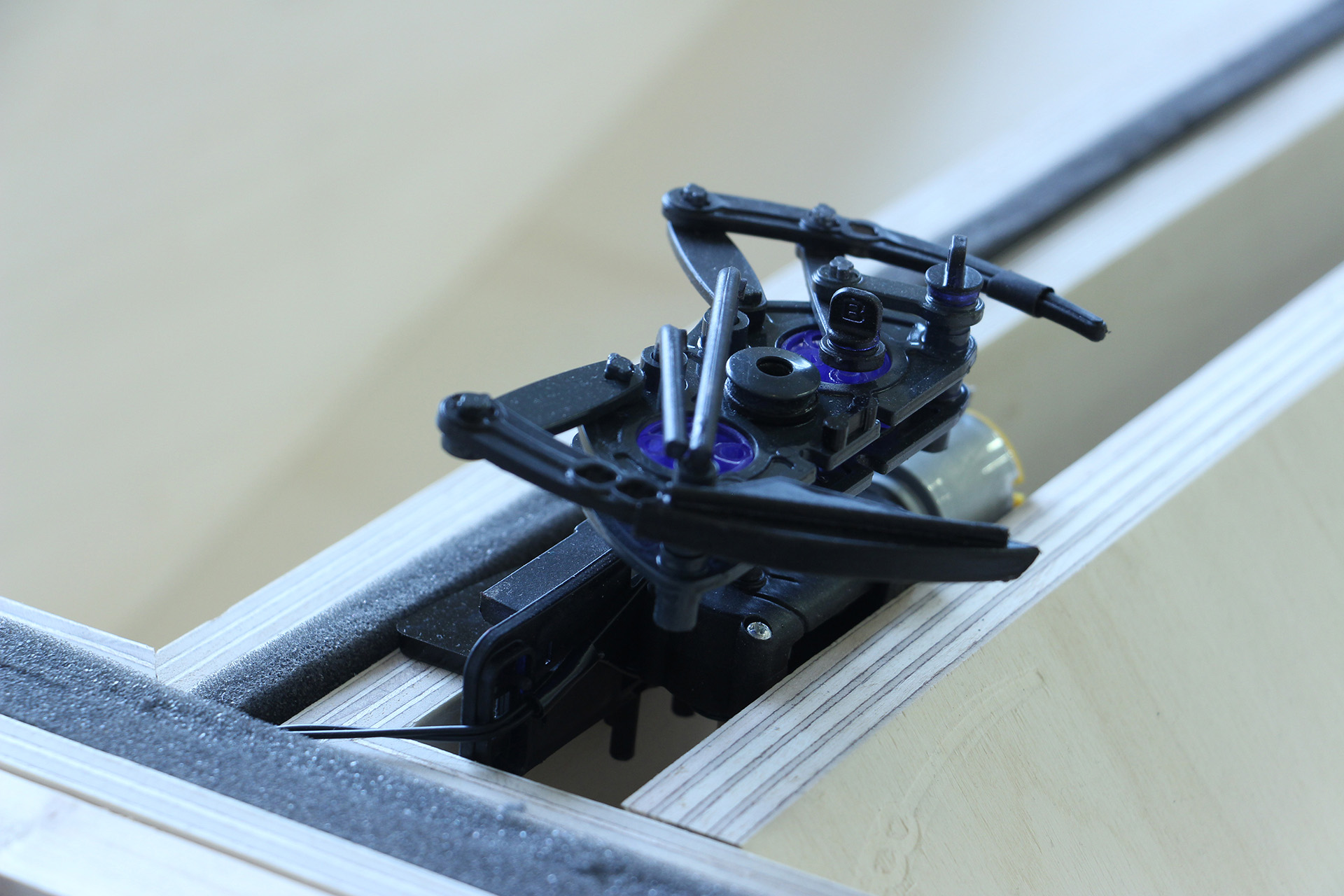 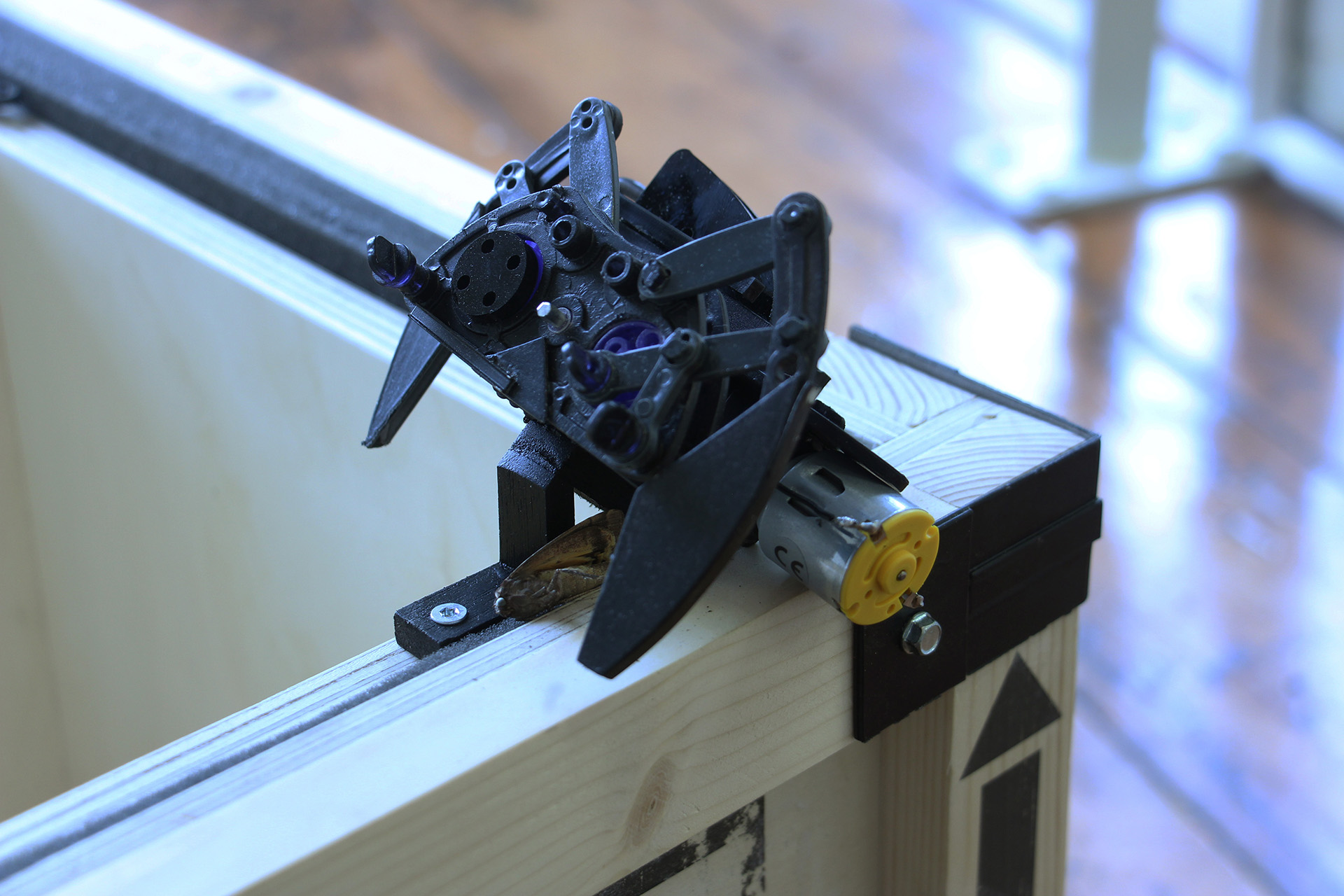 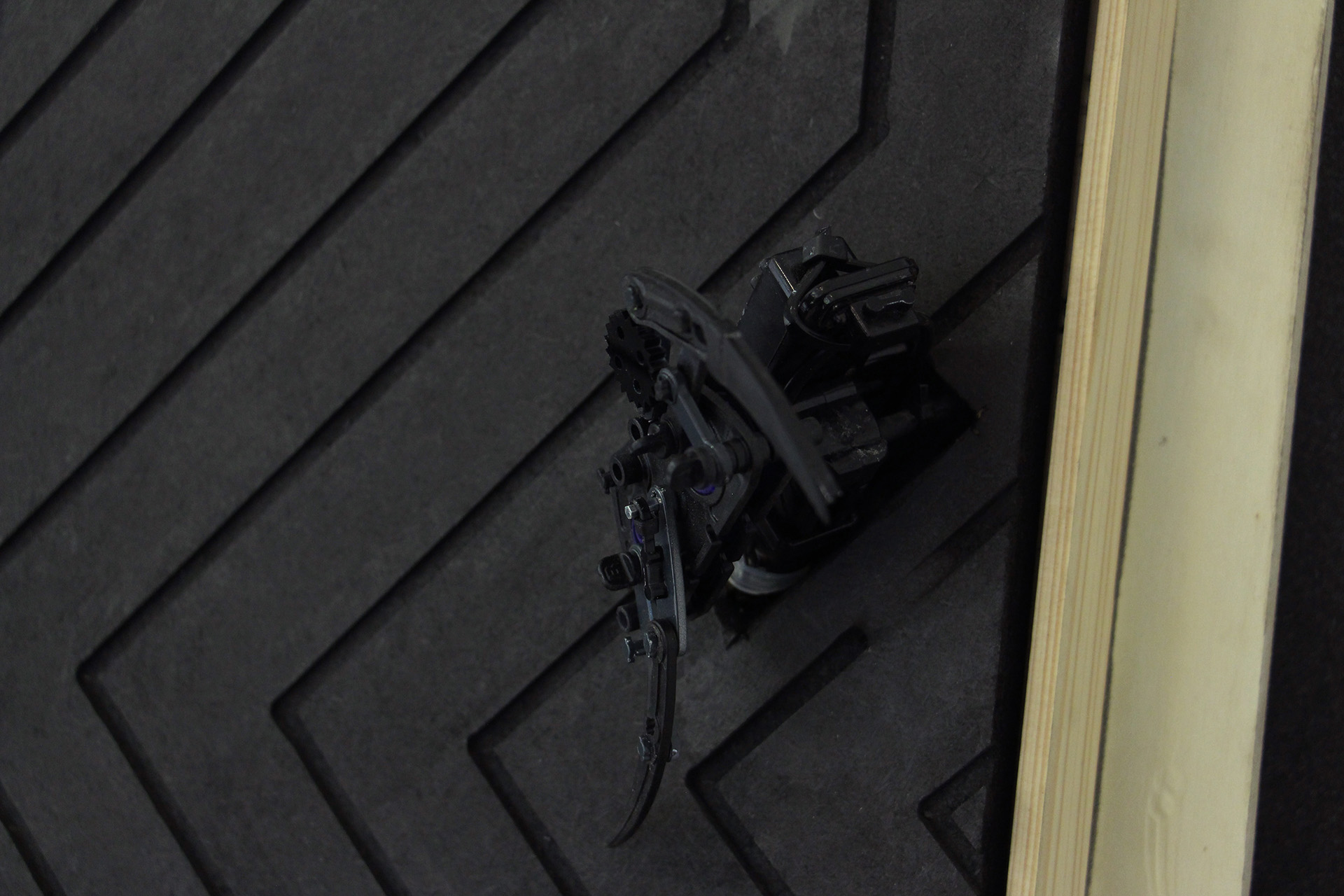 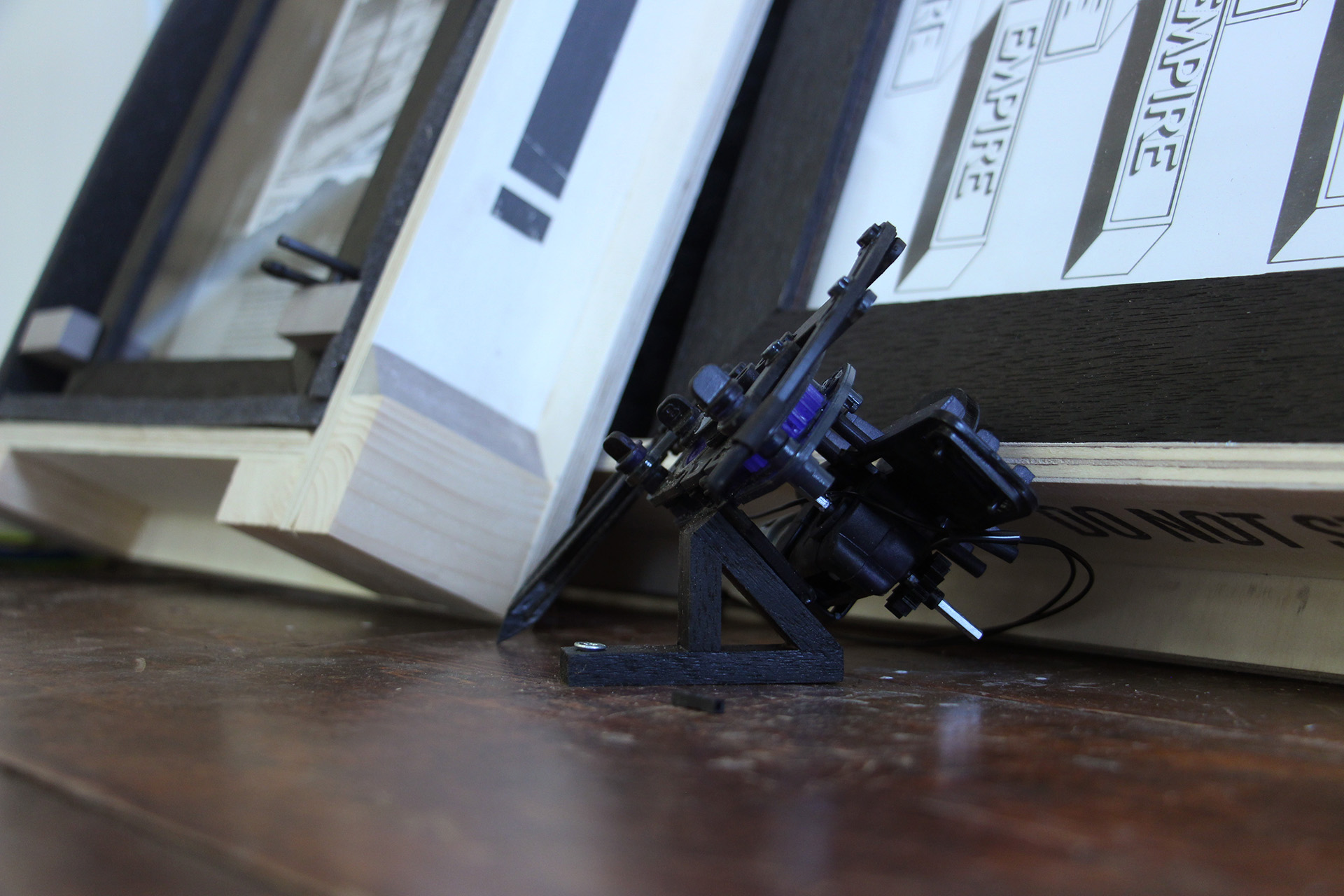 Carl and Donald and Frank and Michael, 2019

What happens with our carefully preserved artworks once mankind dies out, and robots take over the world? The inevitable rise of our machine brethren and subsequent demise of humankind poses an interesting question regarding the conservation and preservation of our artworks. Would robots be a suitable audience too? With the amount of artworks piling up in museum storages and deposits I believe it's necessary to consider what happens to them once mankind has met it's as of yet unknown end. At the very least, as an artist I feel like I owe it to them. Lacking the means to travel through time physically, I instead opt to display this simple thought experiment by re-imagining important pieces of Minimalist art- and subjugating them to the innocent mercilessness of robot spiders. These variations on works by Carl (André), Frank (Stella) and Donald (Judd) (among others) act both as a representation of a 'pure' form of art, as well as being notably mathematical and futuristic in their visual appearance. Michael (Fried) stated in Art and Objecthood that minimalist works were so dependent on the acting of the visitor and the presence of the works that the audience itself becomes an integral part of the work itself- eliminating any passive onlooker and turning these works into a kind of theatre. Fried commented that Minimalist works are to be considered as objects – not sculpture, and that “...the literalist espousal of objecthood amounts to nothing other than a plea for a new genre of theatre; and theatre is now the negation of art.”

Each time these works will be displayed, they will be artificially aged further until nothing remains but a pile of dust.