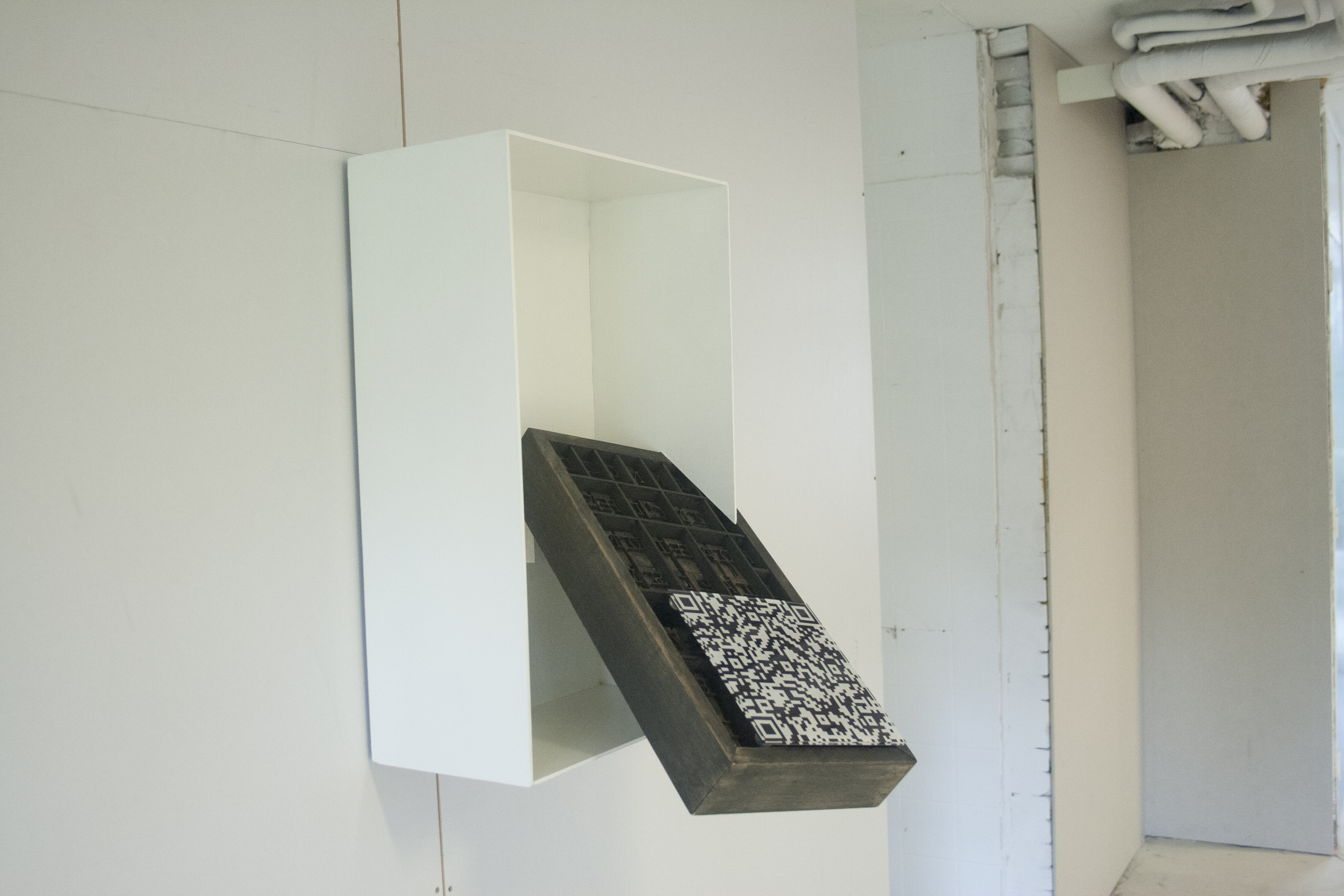 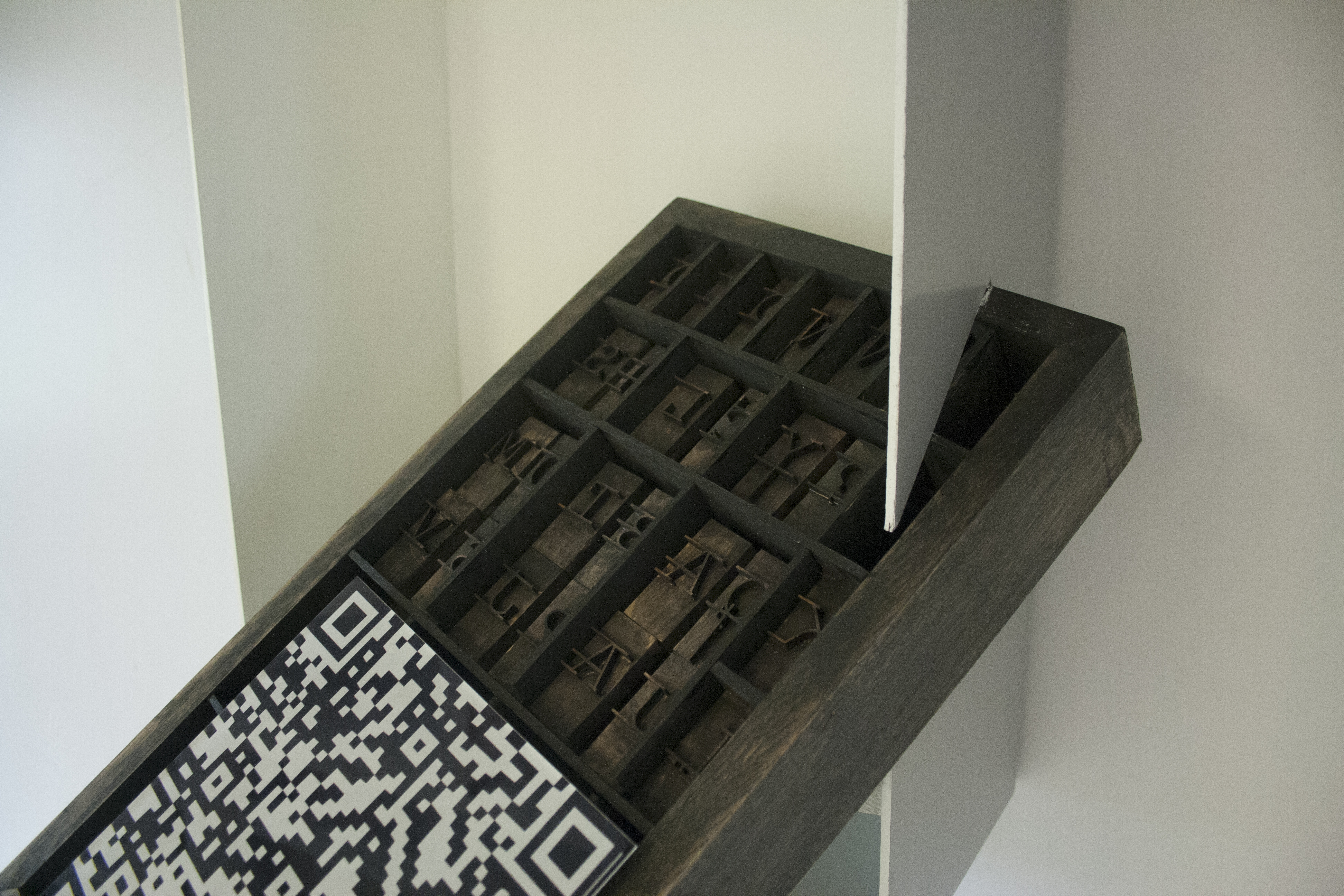 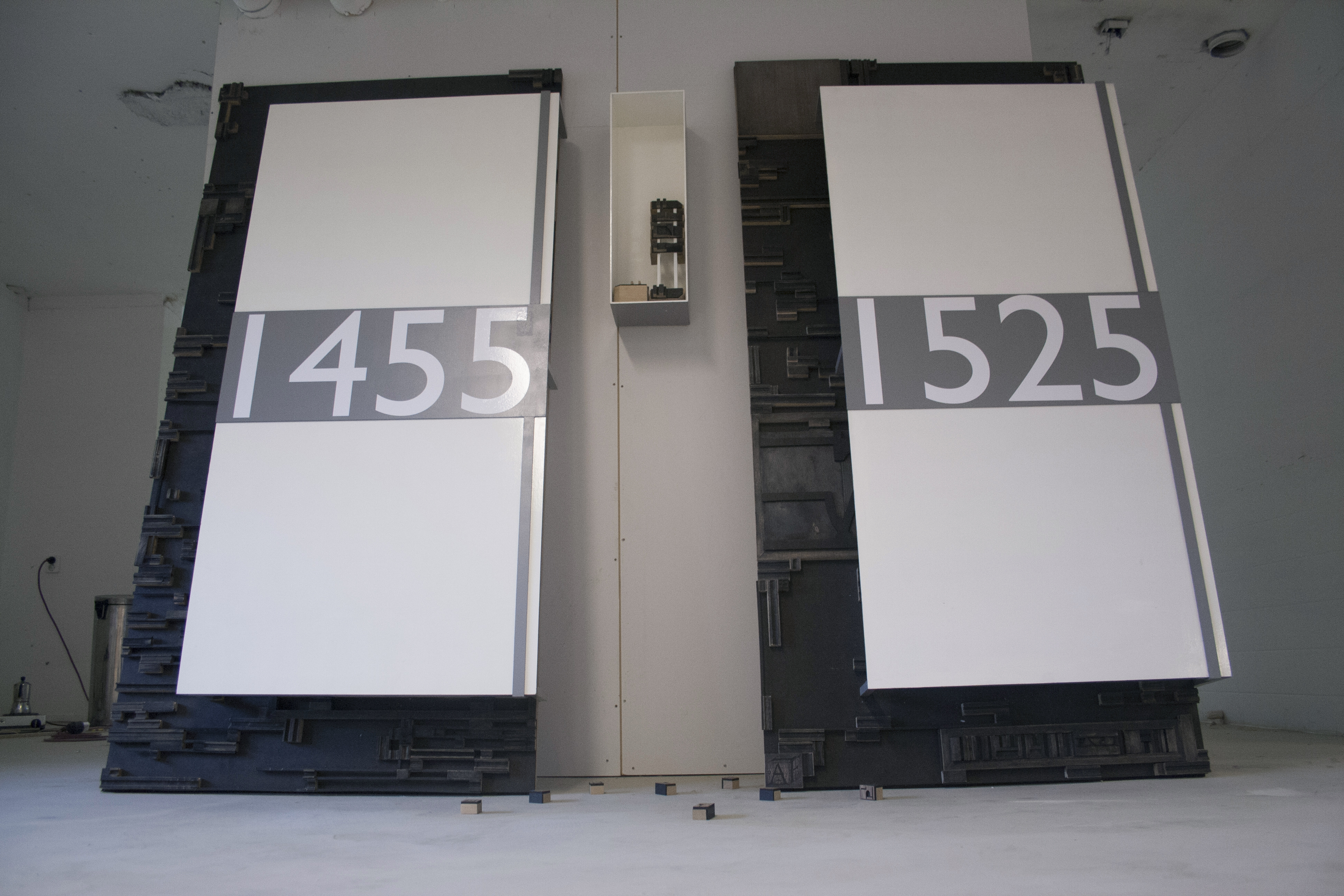 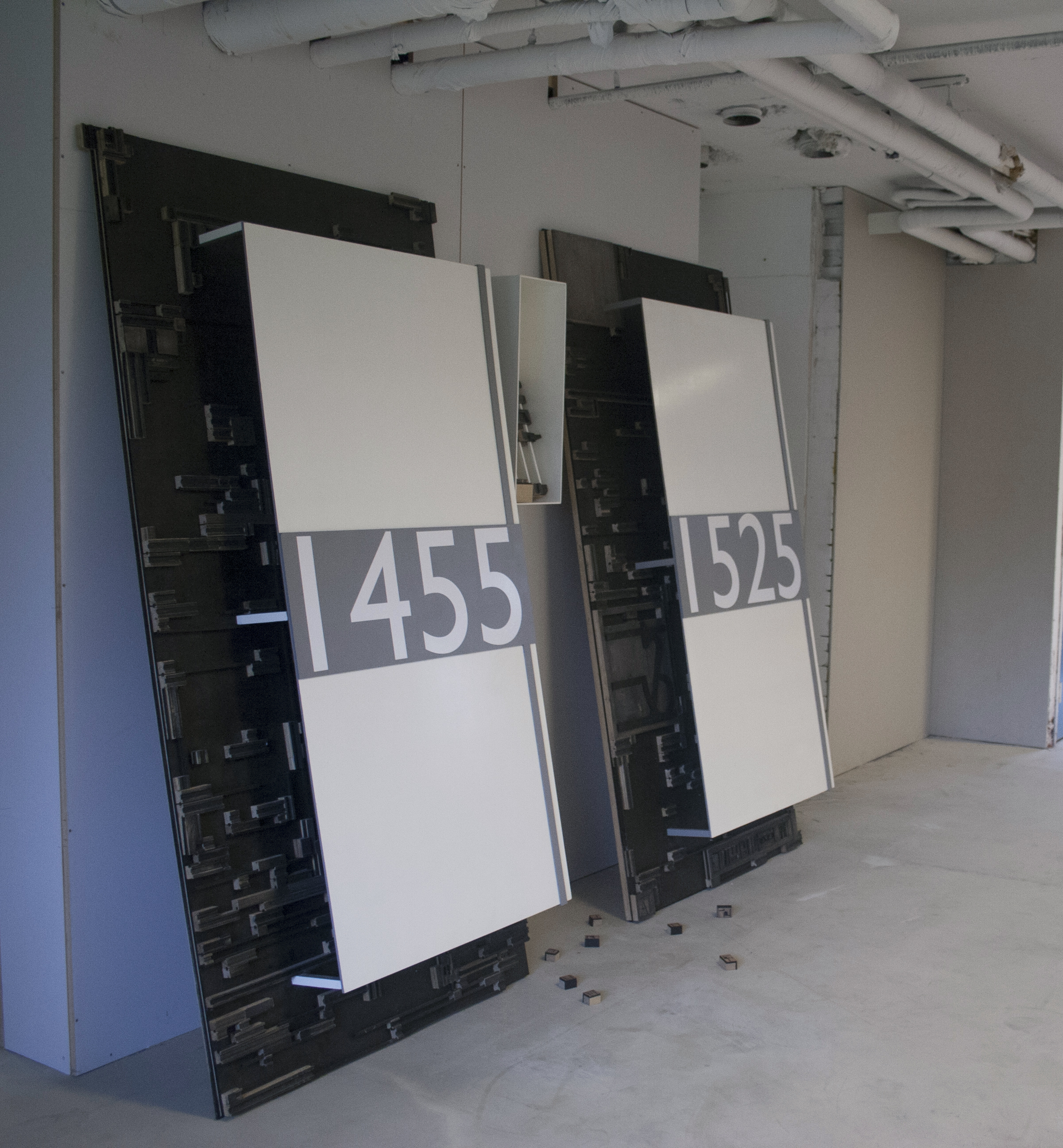 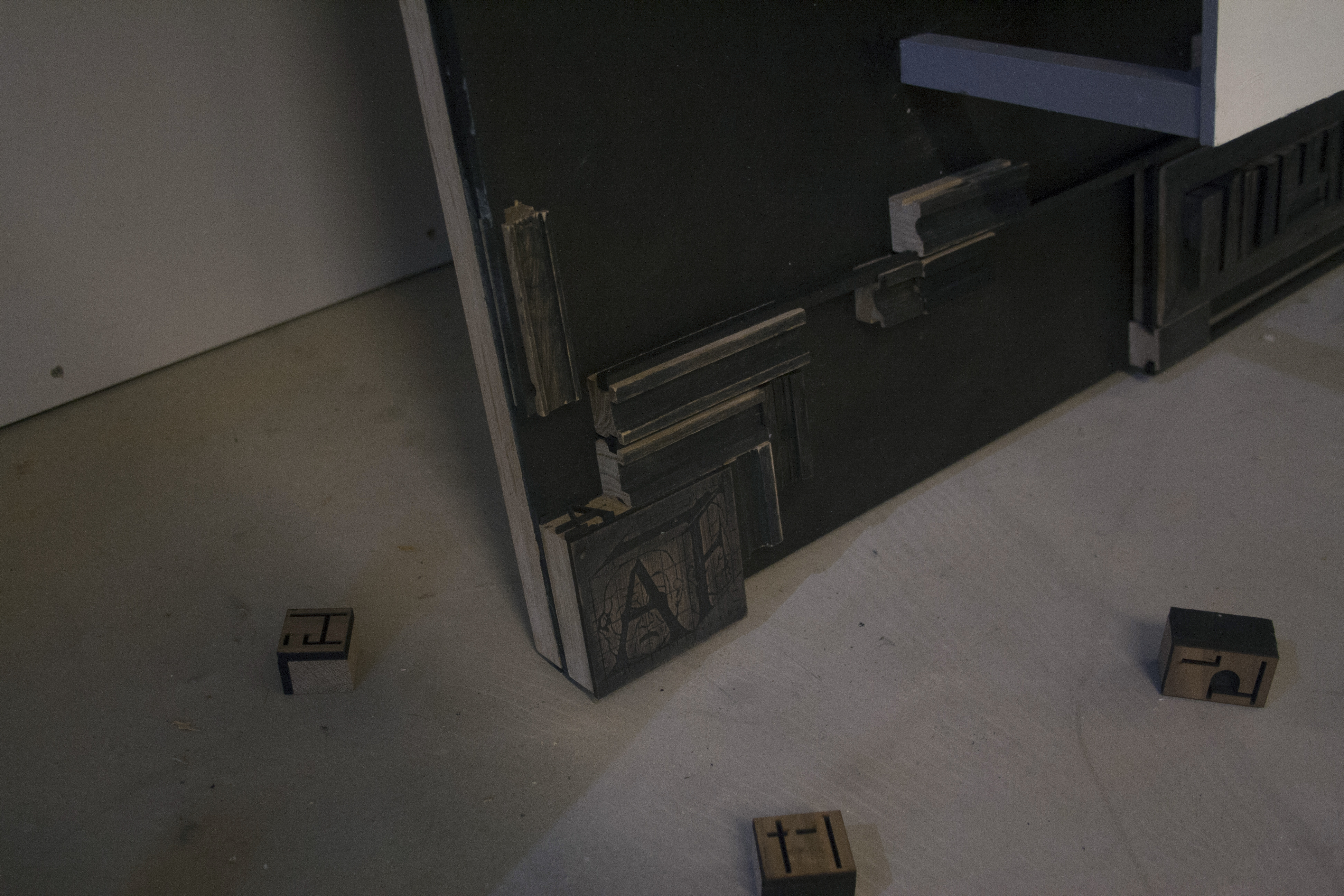 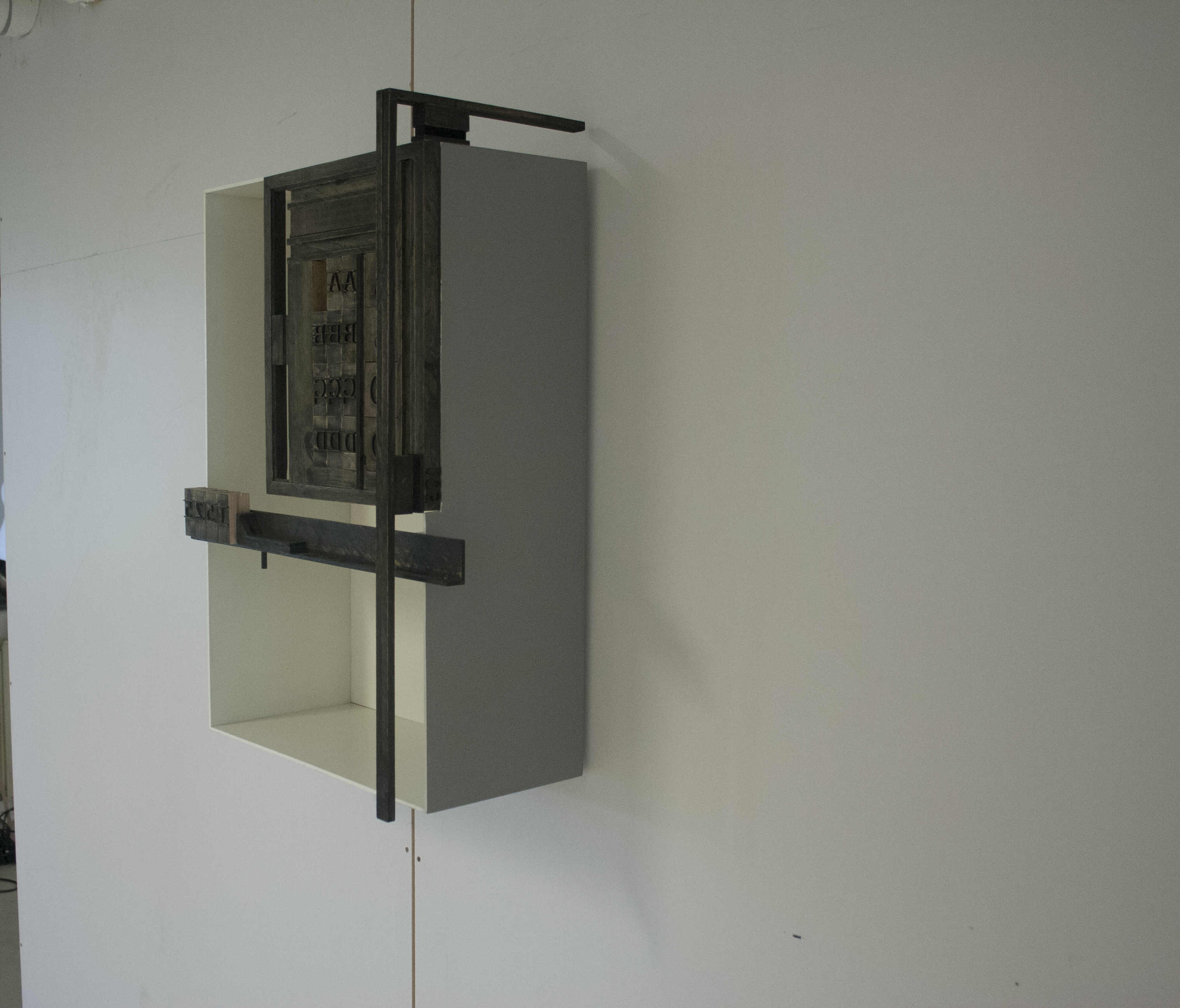 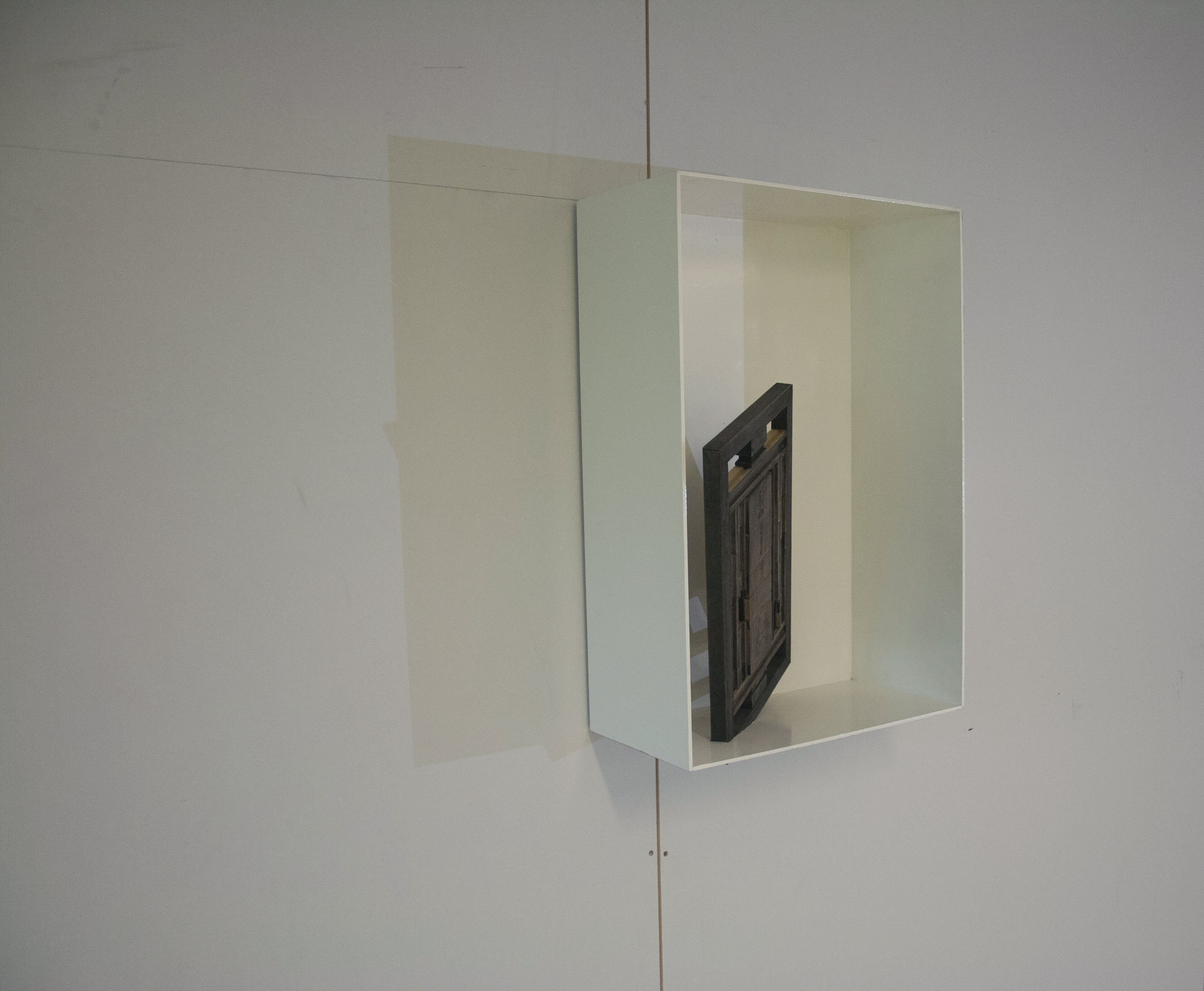 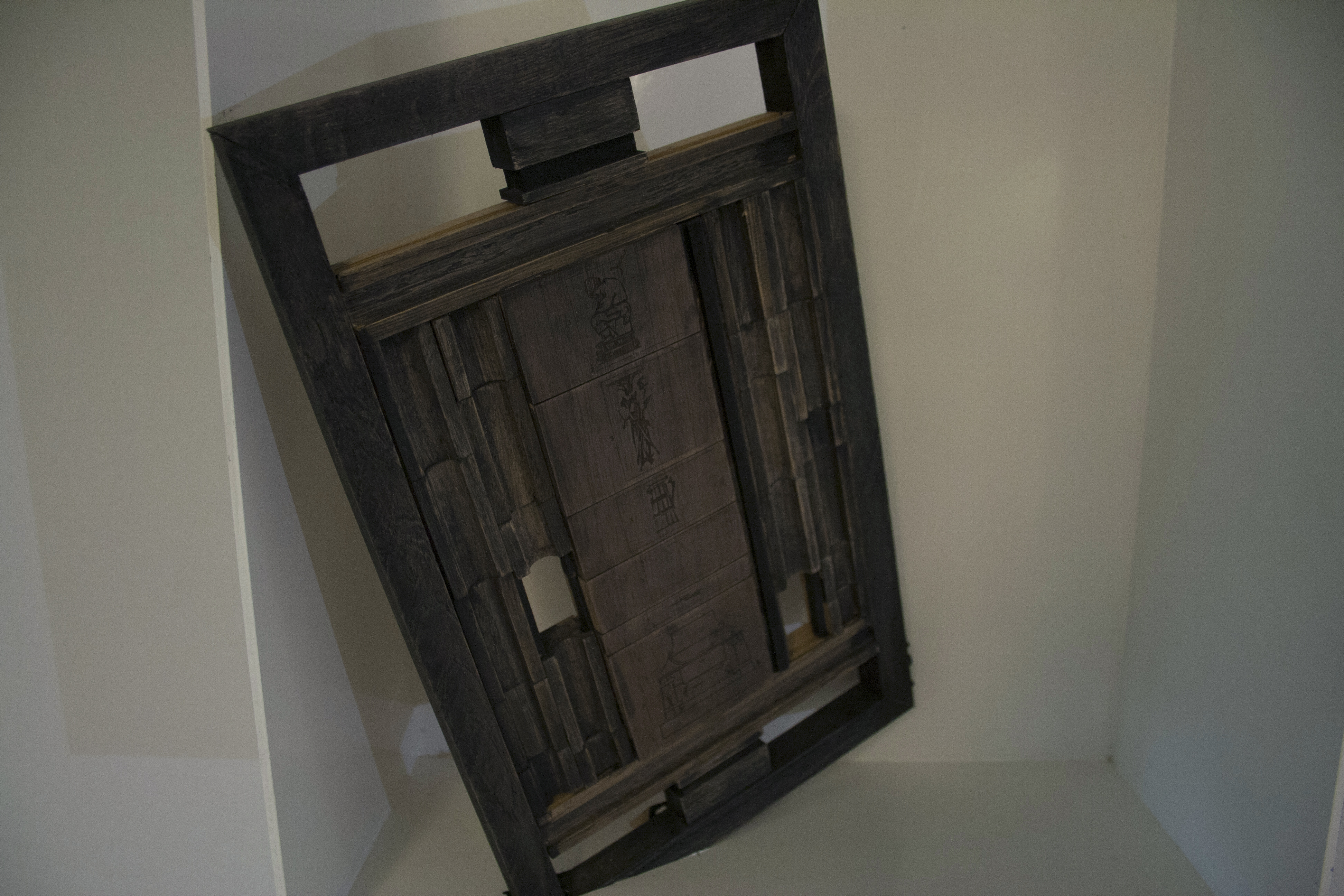 Exercises in dischronology is a series of contradictions. Sculpturally based on the Gutenberg typesetting system, it consists of three dimensional reproductions of pages of historical books on typesetting, returning the printed pages to the shape of the bookblocks used for printing. This form allows for modular building, oddly reminiscent of early 20th century industrial design, yet a few hundred years older. Through this historical shape history gets juggled- reproductions of woodcuts of printingpresses and books on typography partially merge and become one, reflecting on the unknown specifics of the press Gutenberg employed (no known images exist of the original press used by Gutenberg- the first image of such a press being shown in Matthias Huss' Danse Macabre from 1499, over 50 years after its first invention). This juggling of historical data counteracts the chronology inherent in western text, rather than flowing from one side of the paper to the next (left to right, up and down) they are presented as the modular blocks that make up their contents- underlining the crude form of time travel print (for me) exemplifies. All typography in the pieces is replaced by a custom version of the Courier New font, a font which marked the transition from strike-on to digital typewriters, Courier New New. Partially as a critique on the common and almost exclusive use of sans-serif fonts in recent times, the serifs of the original Courier New are extended to form timeline-like structures, commenting on print as a medium which greatly improved our means of documenting and spreading historical information.